The Jets didn’t waste any time winning the day on the draft’s opening night. All offseason, the Jets were under the impression that Sam Darnold wouldn’t be available by the time it was their selection. However, with the Browns selecting Baker Mayfield and the Giants opting for RB Saquon Barkley, it opened the door for the Jets to snag their guy.

The pre-draft trade which saw the Jets move up three spots looks like a far better move now. Had everyone known that Mayfield and Barkley would have gone first and second, Indy’s No. 3 pick would have been even more coveted. New York paid a pretty penny for the pick — though it could have been steeper had they waited.

Darnold now gets to sit behind true professionals in Josh McCown and Teddy Bridgewater. There’s no pressure to start the rookie, and the rest of the Jets’ young roster will be revving to go once Darnold takes the starting role.

Kolton Miller appears to be a developmental project. He’s got elite size and moves well, but didn’t produce like a top-flight prospect during his time at UCLA. He may develop into a great player. With that said, the Raiders failed to address any of their other myriad of issues.

Oakland’s defense was bad all year long in 2017. The group didn’t record a single interception until November, and the secondary gave up chunk gains regularly. With guys like Derwin James, Minkah Fitzpatrick, and Vita Vea on the board, the Raiders could have added an instant impact defender whilst then targeting their offensive line later in the draft.

Instead of taking one of the top defensive prospects, Oakland opted for high-risk, high-reward players with their later picks. Their draft will hinge on the development of guys like Arden Key and Maurice Hurst. Failing to select the aforementioned names in the first round will come back to haunt them.

Going back to the 2017 NFL Draft, you have to love what the Packers are doing. Green Bay selected Kevin King — a defensive back out of Washington — early in the second round. The Packers further supplemented that pick this year by taking two more corners in Lousiville’s Jaire Alexander and Iowa’s Josh Jackson. All three guys present unique skill-sets, and are versatile enough to share the field at once.

New general manager Brian Gutekunst proved his savvy with a couple of stout moves on Thursday. They traded back to No. 27 with the Saints (acquiring a 2019 first-rounder in the process), and jumped back up to No. 18 to grab Alexander. Having two first-rounders in a draft is never a bad thing.

They also took three intriguing receivers in Mizzou’s J’Mon Moore, South Florida’s Marquez Valdes-Scantling, and Notre Dame’s Equaniemous St. Brown. It’s the same model as Green Bay from last year — stockpiling prospective wide-outs with the hopes that one pans out. With Jordy Nelson now in Oakland, Green Bay needs all the help on the outside that they can get. Cleveland got “their guys.” There’s nothing wrong with that. They went into the draft with a clear plan, executed it, and ended up with two excellent players with their first two picks. Baker Mayfield has the makings of a fearless leader that can make plays and spread the ball around. Denzel Ward comes from a long-line of elite Ohio State defensive backs. Both guys are ready to contribute, and both project to be plus-players.

That being said, the value of Cleveland’s first two picks leaves something to be desired. Ward at No. 4 was a reach. It’s hard to imagine any other team picking him over Bradley Chubb. Given the haul Tampa Bay got from Buffalo for the No. 7 spot, the Browns could have moved down a few spots, grabbed some additional picks, and still taken Ward at the end of the top-10.

Additionally, Mayfield would have been available at No. 4. Some teams would rather not shell out first overall money to a non-QB, but taking Chubb or Saquon Barkley at No. 1 — while selecting Mayfield with their second pick — would have made more sense.

Good things come to those who wait. Nobody reaped the benefits of patience more than the LA Chargers.

LA’s front office would have laughed in your face had you told them Derwin James would be available to them at pick No. 17. A top-10 talent, James fills a void at safety that has been missing since Eric Weddle’s departure.

Following up their home-run first round, the Chargers added even further to an elite defense by selecting USC linebacker Uchenna Nwosu. Nwosu is a smooth athlete with explosive pass rushing ability — a perfect fit alongside Joey Bosa and Melvin Ingram. Dallas’ draft wasn’t a total loss. Second-round pick Connor Williams projects as a long-term project. He can fill the hole at right tackle or either guard spot. The Cowboys’ vaunted offensive line wasn’t nearly as dominant in 2017 as it was the year before. Adding a young body like Williams should help in shoring up some depth issues.

Colorado State wide receiver Michael Gallup won’t replace Dez Bryant, but he provided great value in the middle of the third round. Western Kentucky’s Mike White could have gone a lot earlier than the fifth round. I’m also bullish on the idea that seventh rounder Bo Scarbrough can develop into a goal-line back.

However, the Cowboys had glaring needs going into this draft — and didn’t do the greatest of jobs addressing them. Although Jason Witten announced his retirement after the draft began, Dallas’ front office had to have known the announcement was coming. They picked up Stanford’s Dalton Schultz — who is well-rounded — but doesn’t project as a Week 1 starter. There’s also a void at defensive tackle that needs to be filled one way or another.

Their biggest haul — first-round pick Leighton Vander Esch — has elite tools. With that said, he’s been given the “one-year wonder” tag from his time at Boise State. With proven names like Rashaan Evans on the board, Vander Esch felt like a bit of a stretch.

Refusing to rest on their laurels, the Jaguars wasted no time taking a deep dive into the NFL Draft.

They started off big with Florida defensive tackle Taven Bryan. The Wyoming native has as much upside as any defensive player in this class. Given the way Jacksonville likes to play defense, bringing on Bryan early as a rotational piece will do wonders for his development. Placing him next to the likes of Malik Jackson, Marcell Dareus, Calais Campbell, Yannick Ngakoue, and Dante Fowler give the Jags arguably the deepest loot of defensive linemen in the league. The Jaguars continued the theme of high-upside picks with their next two selections — LSU wide receiver D.J. Chark and Alabama safety Ronnie Harrison. Both guys have freakish measureables and top-tier athleticism.

It’s refreshing to see an up-and-coming team like Jacksonville not shy away from taking chances, especially when still addressing the needs of their roster.

The Giants got a couple of very good players in the draft. However, the selection of Penn State running back Saquon Barkley feels a bit like fool’s gold.

Barkley’s Penn State highlights are jaw-dropping. He’s a blue-chipper — equipped with 4.4-speed and a bodybuilder frame. During his explosive junior season, Barkley ran over, through, and right by college football’s best athletes. There’s nothing he can’t do on the field. He runs well, catches passes out of the backfield, and can even return kicks.

Even so, it’s going to be hard for Barkley to find any holes with a washed-up quarterback and a leaky offensive line. The Giants had the chance to select Eli Manning’s true successor, and had their choice of anybody except Mayfield. Instead, they’ll be trotting out a 37-year-old that just doesn’t have it anymore.

New York made this pick to sell tickets in the present rather than set themselves up for the future. The idea of a Barkley-Odell Beckham Jr. pairing is better on paper (where nobody has to throw or block for them). It’s easy to forget that the Cardinals went 8-8 last year. Despite losing star RB David Johnson in Week 1, the team showed a ton of fight and grit.

Without arguably the league’s best running back — coupled with Drew Stanton and Blaine Gabbert splitting time under center — the Cardinals looked like a team that was just a couple of pieces away from making serious noise.

Holding the 15th pick in the draft, they were in good position to draft a solid player. When the opportunity arose to move up the board, the Cardinals pounced. Sending a measly third-round and fifth-round pick to the Raiders, Arizona was able to move up five spots and draft the most NFL-ready QB in the draft in UCLA’s Josh Rosen.

How often does a team that just finished .500 have the chance to draft a potential franchise-altering quarterback in the following NFL Draft? The Cardinals had the perfect deal fall into their laps, and they weren’t afraid to pull the trigger.

Kansas City lost the draft before it even kicked off Thursday.

Andy Reid, equipped with a quarterback that had led his team to three postseason appearances in the previous four seasons, decided to send two first-round picks to Buffalo for the No. 10 pick in the 2017 draft. Kansas City chose Texas Tech QB Patrick Mahomes, and eventually jettisoned Alex Smith to Washington following the best season of his career.

Mahomes has the chance to develop into a top-flight quarterback, but Smith is very good in the present. This Chiefs roster is built to win now (that defense isn’t holding up much longer). They chose to take a gamble on Mahomes, and could have drafted an instant impact player with the first rounder they lost instead (the Titans drafted Rashaan Evans with the pick that originally belonged to Kansas City).

Their 2018 haul is now dependent on a 2017 draftee in Mahomes. If he turns out to not be what the Chiefs hoped, it’s a crushing blow to this year’s class, because they could have had somebody else.

With only six selections in the draft, Kansas City didn’t get significantly better, meaning there’s no choice but to place them on the losing end. 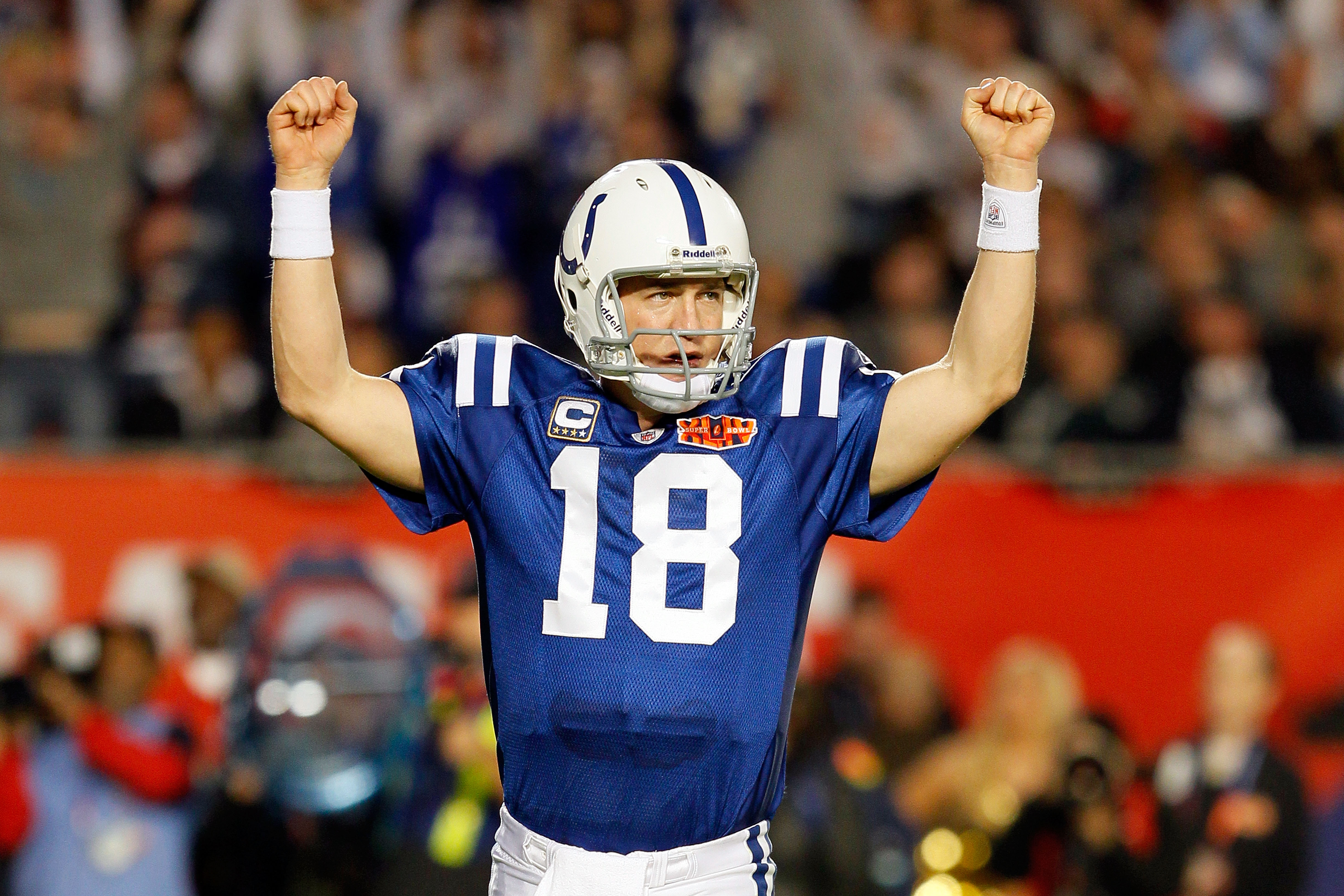 The NFL's 28 Highest-Paid Players Of All-Time