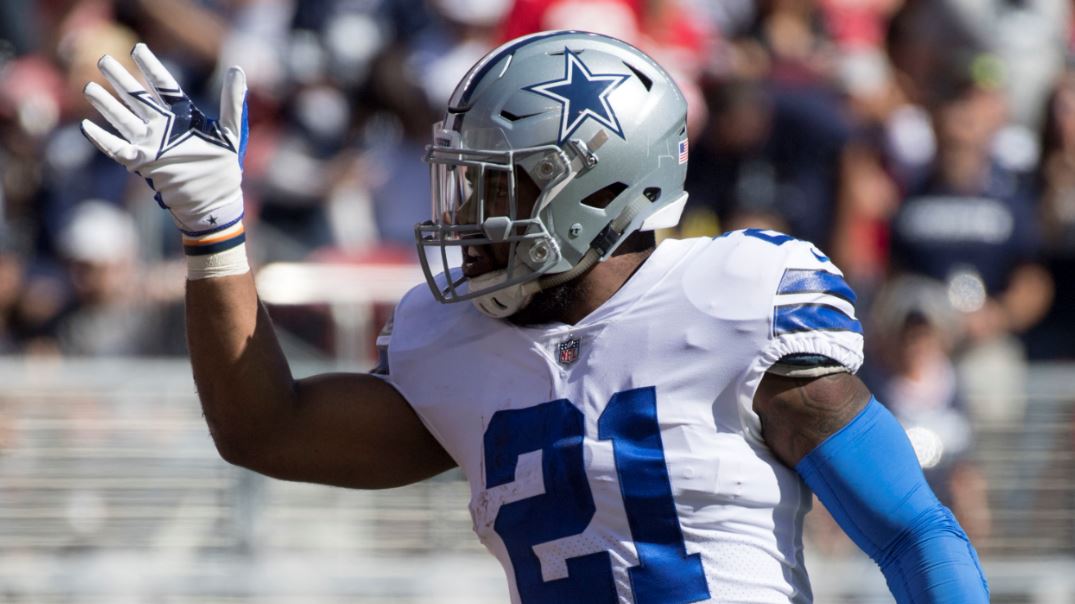 Well folks, it happened. The biggest flip-flopping NFL storyline since Brett Favre’s retirement has reached its conclusion, as Ezekiel Elliott’s six-game suspension officially begins this week. Thanks to the numerous injuries and Zeke’s suspension, there’s a 99.9% chance you hate your fantasy football squad, so betting is pretty much the only way you can stay interested in the NFL season (unless you’re a Patriots, Steelers, Chiefs, Eagles, Saints or Rams fan). Apologies to fans of the other 24 NFL teams (Browns and 49ers are not currently NFL teams), but one of the six squads mentioned above will win Super Bowl LII.

Unfortunately, none of these six face each other this week, but there are still some intriguing match-ups. Here are my 5 best bets for Week 10: The Green Bay Packers stink without Aaron Rodgers. You know who else stinks though? The Chicago Bears! Although they have been much better at Soldier Field than on the road, the Bears don’t deserve to be six-point favorites against anyone. In a game that might not see either quarterback complete 15 passes, I expect it to be an extremely low scoring game decided by a field goal. Sitting at 3-5, the Chargers head to Jacksonville desperately needing a victory. Currently two games back of the Jaguars and Bills for an AFC wild card spot, a road loss would all but end their playoff aspirations. Philip Rivers & Co. will be taking on a stingy Jacksonville defense, but I like them to pull the upset this week. Traveling across the country is never easy, but the Chargers have only lost by more than three points in two of their five defeats (Chiefs and Patriots), and should at the very least keep this one close. With Joey Bosa making life miserable for the Jaguars’ offense and Rivers making enough plays, the Chargers keep their postseason hopes alive. It’s time to start taking this Rams squad seriously. Beating the New York Giants is nothing to write home about, but at 6-2 atop the NFC West, the Rams boast the league’s highest scoring offense (32.9 PPG) and largest +/- point differential (+108). Taking on a Deshaun Watson-less Texans team that is coming off a home loss to the Indianapolis Colts, I expect this one to be a blowout. The Rams defense will give Tom Savage fits, and LA’s balanced offense will prove to be too much. The best game of Week 10 features two teams seemingly trending in opposite directions. The Cowboys enter winners of their last three, while Atlanta has lost four of its past five, looking completely lost under first-year offensive coordinator Steve Sarkisian. Despite Dallas coming to town with the momentum, this is where Atlanta turns its season around. Playing in front of their home crowd, Matt Ryan and the Falcons will find their groove in this shootout. Ezekiel Elliott has a big game for Dallas, but Ryan and Julio Jones prove to be too much. Tom Brady is an unstoppable force with virtually no weaknesses. But if we are going to nitpick (which we are), he is far from his G.O.A.T self against dominant pass rushes. Facing the best defensive line in the NFL in a stadium where he has struggled historically, it’s hard to imagine New England lighting up the scoreboard. Luckily for Brady and the Pats though, he’s facing an opponent whose starting quarterback is Brock Osweiler. It won’t be pretty, but 17 points will be enough for New England to win this road contest.