With the free agency window opening today, Tony Romo will garner insurmountable attention. The Dallas Cowboys originally stated they would release Romo on Thursday, but the team has now changed their stance and declared that they will trade the 36-year old quarterback. With Romo most certainly set to leave the Cowboys, here are the three most likely destinations for the veteran signal caller:

The Broncos have an elite defense, but struggle on offense thanks to a porous offensive line. However, the team could easily fortify that position in free agency and make Denver a more comfortable situation for Romo. They started early Thursday morning, agreeing to a deal with former Dallas Cowboys guard Ronald Leary. His four-year, $35 million contract not only fills a major hole, but it adds a familiar face for Romo’s possible arrival. The team also has the 20th overall pick in the draft, where a young lineman such as Ryan Ramczyk or Garrett Boles is the logical selection. Denver has drafted two young quarterbacks in the last year – current starter Trevor Siemian and Paxton Lynch. Yet, with the team in its current win-now mode, Romo could put the Broncos over the top in a tough division. The Broncos have already fielded interest in Siemian and could end up trading away the necessary pieces to acquire Romo.

If the Houston Texans didn’t have Brock Osweiler, this might not even be a conversation. Houston gave the former Bronco a four-year, $72 million contract with $37 million guaranteed last offseason, which now looks like one of the worst free-agent signings the league has ever seen. Aside from the most important position though, the Texans are in pretty good shape. The defense is stacked with anchors along the line in J.J. Watt and Jadeveon Clowney, and the offense has its own set of playmakers in Lamar Miller and DeAndre Hopkins. Another huge factor helping the Texans is that Romo has a third child on the way and may wish to keep his family in Texas. It could be a win-win, as the Texans are a quarterback away from competing for AFC supremacy.

This one takes a lot of work and probably includes Romo’s release, but with the way things are going in the D.C., anything is possible. Kirk Cousins is adamant about leaving the Redskins and asked owner Dan Snyder to be traded. With a Cousins-Redskins divorce seemingly on the horizon, it makes sense that the team trades Cousins immediately, instead of letting him walk in free agency after next season. Enter Tony Romo, who, if he isn’t traded, could opt to play with a Redskins team that would pay big for a quarterback of Romo’s stature. It’s not likely, but with how crazy the markets been, don’t count it out. 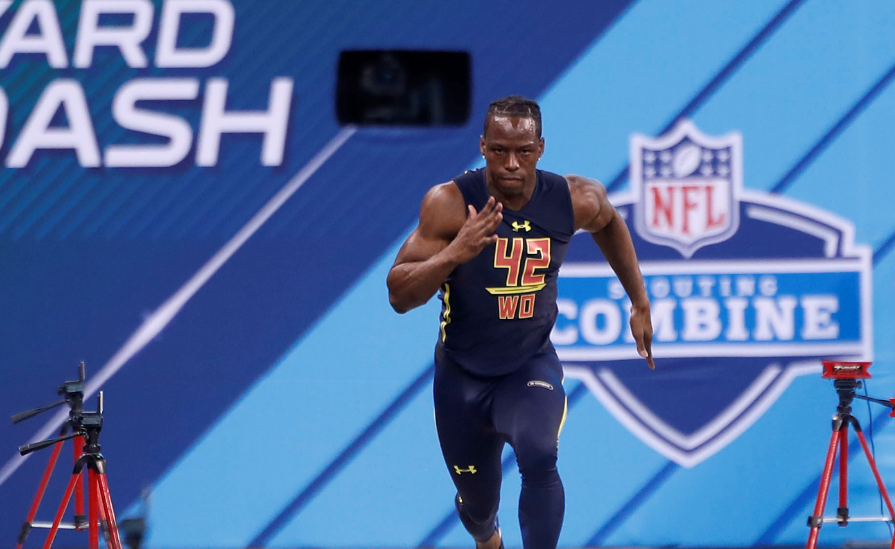 The 5 Biggest Winners From The NFL Combine