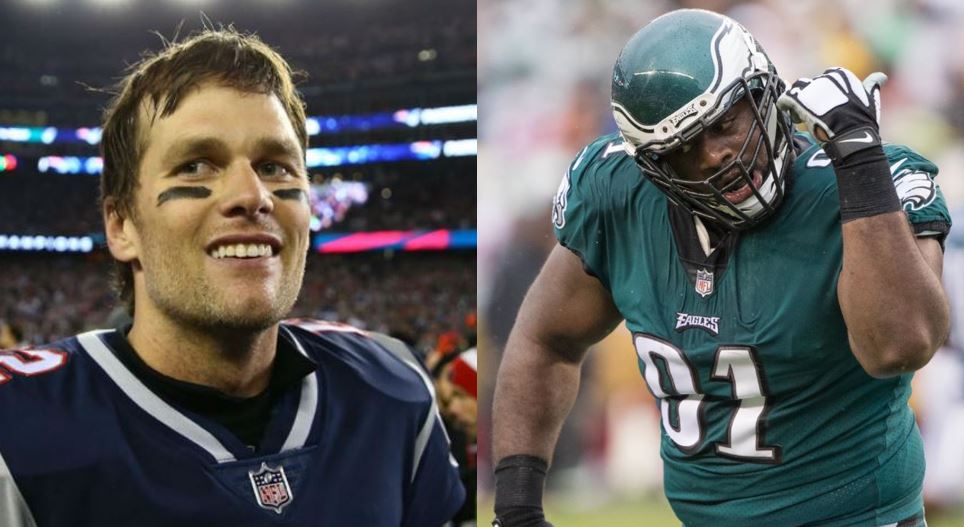 Has P!nk ever sung the National Anthem at a professional sporting event? After hours of research (ok, 8 minutes of scouring YouTube), I have come to the conclusion that she has not. As a bit of a wild card with no prior performance(s) to base this prediction on, I’m going to go with the unconventional under. P!nk is the kind of badass who doesn’t seem interested in prolonging the start of the game, and will probably just crush a 1-minute, 55-second rendition. These two teams have combined for four playoff games to get to the Super Bowl, and in all four games, their first offensive play has been a pass. With both teams looking to steal momentum from the get-go, I don’t expect their approach to change.

Who said punts aren’t fun? This is one of those exciting betting opportunities where you can really get a concerned look from the people you’re watching with. Ignore those whispers from the Debbie Downers and don’t hesitate to explain that unlike them, you wanted to make some money while sitting on the couch for 4 straight hours.

We’ve got Ryan Allen squaring off against Donnie Jones in this thriller. Field position when the first punt takes place will obviously have a large impact. With emotions running high and both teams a little jittery, I expect the team who gets the ball first to get 2-3 first downs and punt from about midfield. While “caught clearly” would seem like the logical choice as the punters try to pin the opponent deep, Allen and Jones aren’t immune to the adrenaline rush. With a little extra juice on his first punt, it’s ending up in the end zone for a touchback.

*For props 5-7, here’s an important stat to keep in mind: Tom Brady and Bill Belichick have competed in seven Super Bowls. Despite boasting a 5-2 record, the Patriots have never scored a single point in the first quarter in any of the seven games.

The Patriots have been on this stage plenty of times, but the same certainly can’t be said for the Eagles. I think this makes it all the more crucial for Philly to get on the board first. With the New England offense – which always takes its time to find its groove – going up against a stingy Eagles defense, I think Philly will score first. New England’s defense has been a bend-not-break unit all season, and I expect the same to hold at the start of the game. Nick Foles leads the Eagles down the field for some points, but the Patriots’ defense avoids giving up six. Speaking of field goals… now is the time to pick where we envision Philadelphia’s or New England’s first scoring drive stalling out. With these two strong defenses, a field goal will be converted in this game, so we can eliminate the “0 field goals made” option. Jake Elliott and Stephen Gostkowski went a combined 63-for-71 (88.7%) this season, so both coaches have a ton of faith in their kickers. Add in the fact that they’re playing in a dome, and I like the long-distance options. Sticking with the theme of Philly converting the first field goal, I’ll take the 44-49 option, as Elliott was 12-for-13 this season on kicks between 40 and 49 yards.

I already mentioned that New England doesn’t score points in the first quarter, but neither do their opponents. At the end of the first quarter of each of New England’s seven Super Bowl appearances, four have been tied at 0-0, two have been 3-0, and one was 9-0. With Brady facing a tough Eagles defense that will take time to figure out, and Foles not exactly expected to light up the scoreboard, look for the touchdown-less first quarter trend to continue. Tom Brady has thrown at least one interception in each of his past three Super Bowls. Nick Foles is Nick Foles. That’s enough for me to take over 1.5 in this one.

Brady and Belichick are always aggressive and never hesitate to go for it on fourth down – regardless of how much time is left in the game. The “Brady Sneak” remains the most unstoppable short-yardage play in NFL history, and I expect to see that at least once in this one. Even if it doesn’t happen though, there should be multiple fourth down opportunities late in the game with punting no longer an option for the team trailing. I’ll take my chances and say at least one of these fourth down chances gets converted.

The Eagles allowed a league-low 79.2 rushing yards per game during the regular season, and that number has dropped to 78.0 yards per game in the postseason. With Fletcher Cox plugging up the middle, New England’s rushing attack should struggle. Short Tom Brady passes should serve as a pseudo-ground game, meaning plenty of completions. Brady has completed 27+ passes in five of his seven Super Bowl appearances, and he should have no problem making it six of eight in this one. For Philadelphia’s offense, Zach Ertz will be the X-factor in this one. Taking on New England’s suspect linebacking corps, Ertz will need to exploit mismatches to make life easier on Foles. Alshon Jeffery and Nelson Agholor may have a tough time getting open against the likes of Malcolm Butler and Stephon Gilmore, but Ertz should have no problem tallying 6-8 catches for 70+ yards. If the Eagles are to be competitive (which I think they will be), Ertz will need to go over 57.5 receiving yards.

Danny Amendola has come up huge for New England this postseason. In two games, the former Texas Tech star has 18 catches for 196 yards and 2 touchdowns. With Rob Gronkowski missing the second half of the AFC Championship Game, Amendola routinely made big plays occupying the middle of the field. However, with Gronk expected to return from a concussion, Amendola should return to running underneath routes to help move the chains. While I still think Amendola will have 6+ catches against the Eagles, none will go for more than 15 yards.

The Eagles didn’t trade for the dynamic running back midseason to have him sit on the sideline in the biggest game of the year. LeGarrette Blount surely wants to stick it to his old team and rookie Corey Clement is a nice change-of-pace back, but Ajayi is who the Eagles will lean on. Coming off his best game as an Eagle (21 touches, 99 total yards) in Philly’s dominant 38-7 NFC Championship Game victory, Ajayi is fresh and ready for a huge game. Speaking of which… In addition to tallying plenty of yards from scrimmage, Ajayi will also get into the end zone. LeGarrette Blount has been the goal-line back all season, but Ajayi is destined for a big play where Blount won’t be necessary.

Fletcher Cox’s value to the Eagles’ vaunted defense cannot be overstated. Consistently occupying double teams, he opens up opportunities for his teammates to make plays. With all of this added attention he commands, he has 3+ tackles in only 4 of his 18 games this season. Since the Patriots will do everything in their power to avoid letting Cox beat them, under is the play here.

In 18 games this season, the Philadelphia Eagles have yet to trail by 15+ points for a single second. The New England Patriots have trailed by 15+ points for a total of four minutes this season (all during their Week 1 loss to the Kansas City Chiefs). With two evenly matched teams giving everything they have, I don’t expect either team to be trailing by more than two touchdowns at any point. It’s always good to incorporate other professional sports into Super Bowl prop bets. With the Los Angeles Lakers taking on the Oklahoma City Thunder on Super Bowl Sunday (tip-off is 4.5 hours before kickoff), we might as well have some rooting interest. This prop obviously hinges on whether Lonzo Ball returns from a nagging left knee injury to play, but we’re going to assume he does. Ball has launched 6+ three-pointers in each of his past 11 games, knocking down 2+ in 9 of them. With Brady taking on a tough Eagles defense, I’m expecting him to only toss two touchdowns, while Ball hits three treys.

Should the point spread and over/under still count as props? Since neither one is overly exciting, I’m simply combining the two. I fully expect the Patriots to score 0 points in the first quarter. Foles and the Eagles won’t race out to some insurmountable lead though (like 28-3?), as I expect this to be a tight back-and-forth affair. With both defenses playing well, Tom Brady leads his Patriots on a game-winning drive – further cementing his legacy as the G.O.A.T.

Let’s start off by saying that last year’s Super Bowl was a complete disappointment since no Gatorade was dumped on Belichick. Sure, it had a 25-point overtime comeback orchestrated by the greatest player in NFL history, but a completely dry Bill Belichick accepting the Lombardi Trophy was an absolute buzzkill. If Doug Pederson’s visor AND Belichick’s hoodie evade liquid this year, I may never watch the Super Bowl again. Simply put, a Gatorade-less head coach is not the kind of football world I want to live in.

Now, on to the important analysis. Eliminate the “No Gatorade/Liquid” option since that’s just depressing. Eliminate “Water” because that’s boring. Eliminate “Green” because I’m 90% sure that’s not even a real Gatorade color. Down to Orange, Yellow, Red and Blue, eliminate “Orange” and “Yellow” since Red and Blue are clearly the two tastiest flavors. The last time the Patriots dumped Gatorade on Belichick, it was blue. I’ll say they keep the tradition going. I’m going to cheat here and take one guy from each team (when betting, I suggest you do the same!).

BUT, if the Eagles somehow pull off the upset, I don’t think it’ll be their signal caller who walks away with Most Valuable Player honors. Since Philly’s game-plan centers on winning the time of possession battle, I’ll be banking on Jay Ajayi to carry them to victory. I’ve already discussed that I envision a big game for him against a suspect New England rush defense, and think 125+ total yards, 2 touchdowns and an Eagles victory would be enough for him to win the award.