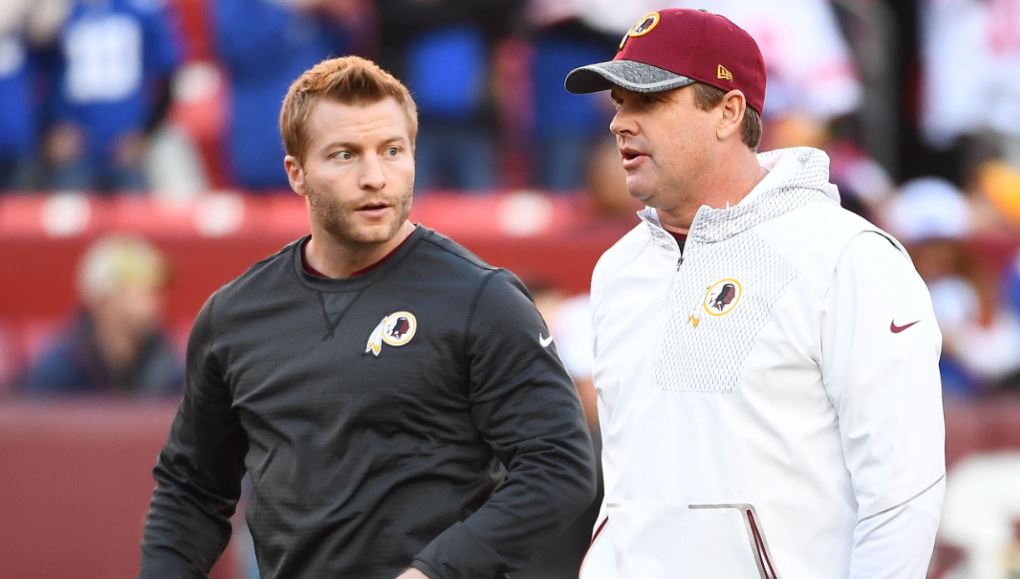 August is the season of optimism in the NFL. No team has yet lost a game. No ACLs have been shredded; no brains concussed. It’s a time to dream big for your team. But as soon as September rolls around, reality will start to set in for the majority of the NFL. The bad teams will suck, rookies will struggle to keep their heads above water, and coaches will lose control of lockers rooms. And as dependable as Al Michaels making betting references at the end of broadcasts is this fact: heads will roll. Not literally, this isn’t Game of Thrones. But before long, multiple head coaches will find themselves without jobs, and the great coaching carousel will spin again. Strap in for a wild ride. Fox has been coasting on reputation for a long time. He’s considered a steady hand at the wheel, someone who can bring stability to an organization. After some very successful years in Denver where he didn’t have to do much thanks to a loaded roster, he was brought to Chicago to right the ship. He finds himself in a very tough NFC North (could easily see the Bears going 0-6 in division) with a QB controversy brewing. If he makes the wrong call between Mitch Trubisky and Mike Glennon, it might be the end of the line for Coach Fox. Would the Browns really fire Jackson in his second season? Of course they would – they’re the Browns! Jackson oversaw some great offenses in Cincinnati, so he was brought in to turn Cleveland’s attack around. But after a 1-15 season, Jackson faces an uphill climb with the underwhelming trio of Cody Kessler, Brock Osweiler, and DeShone Kizer under center. If the AFC North’s perennial cellar dweller can’t show some progress, Jackson could be canned early. Sure, Gruden just signed a 2-year contract extension. But that’s the minimum possible vote of confidence a coach could get – just one year beyond lame-duck status. It’s kind of a make or break year for Washington after they franchise-tagged Kirk Cousins, who didn’t exactly “like that” very much. Gruden is just 21-26 over three seasons, and he works for an owner in Daniel Snyder who is notoriously prone to snap decisions. If Snyder doesn’t see progress for his team, he might pull the trigger and can Gruden. Mularkey is considered one of the better offensive minds in the NFL. He’s one of those guys that probably would be best served sticking as an offensive coordinator. But for some reason, teams insist on making him a head coach. After Marcus Mariota took a big step forward in 2016 (26 TD, 3,426 yards), Mularkey will be expected to help the Titans improve on their 9-7 record. They added new pass-catching options in veteran Eric Decker and 5th overall pick Corey Davis. In a fairly wide open division, the Titans should expect to compete for the division crown. If they don’t, and if Mariota takes a big step backwards, Mularkey will be toast. The NFL loves to take successful coordinators and promote them to head coach, even when they’d be best served in their current roles. Bowles could be one such example. After leading the Jets to a 10-6 record in 2015, he oversaw a pretty steep drop-off in 2016, when the Jets crapped the bed on the way to a 5-11 record and last-place finish in the AFC East. Outside of their star-studded defensive line, the Jets are returning a barren roster that has basically zero chance at the playoffs. Another subpar finish will leave Bowles begging for his old job back in Arizona. It’s not typical to see a 9-7 record lead to a division crown. It’s even less common for a team to secure back-to-back titles that way. But that’s exactly what the Texans have done, rattling off three straight 9-7 seasons. That just speaks to how bad the AFC South has really been. But despite all of that futility, the division promises to be more competitive in 2017 with a rejuvenated Jaguars defense, an ascending Marcus Mariota-led Titans offense, and a Colts team ready to realize their talent. Still, expectations will be sky-high for a team that just drafted Deshaun Watson and will return a healthy J.J. Watt. Nothing sets a coach up for a firing like high expectations. Caldwell got a head start on head coaching by inheriting Tony Dungy’s amazing program in Indianapolis. In three years in Detroit, Caldwell has gone a respectable 27-21, but has yet to win a playoff game in his career. He’s stuck with the notoriously streaky Matthew Stafford at QB and will always be looking up at Aaron Rodgers and the Pack. Detroit might just want to move on to a younger, sexier option if they don’t see progress in 2017. Though the Eagles finished a respectable 7-9 last year, they brought up the rear in the NFC East. After starting 3-0, they stumbled badly through the middle of the schedule. QB Carson Wentz had a similar skid, fading after a hot start. Philadelphia is not a city that tolerates losing long, so the pressure will be on Pederson in his second year. The Eagles have the 10th-hardest schedule this season – they won’t get an easy game until the 49ers in Week 8. Pederson had better hope his season is on by that time, or the Eagles’ Week 10 bye could see a changing of the guard. After making the leap from interim coach to head coach, Marrone is set for the big stage with the Jaguars in 2017. Jacksonville has an improving defense, but their downfall will be their continued reliance on QB Blake Bortles. The toughest aspect of Marrone’s job might be that Jacksonville brought back their first head coach, Tom Coughlin, to serve as Executive Vice President of Football Operations. Coughlin won’t wait long for a winner. If Marrone and the Jags stumble, expect Coughlin to bring in a veteran leader to right the ship. The youngest head coach in NFL history is only 31 years old. What’s more, he’s overseeing a Rams team that is aching to win back its former fan base in LA with a winning team. Given that they’re competing with the Chargers for support, the Rams can’t be too patient. McVay is an unconventional choice, and those are rarely given much leash in the NFL. Jared Goff will be expected to make a leap forward after a pretty bad rookie year. McVay had better hope he does just that.