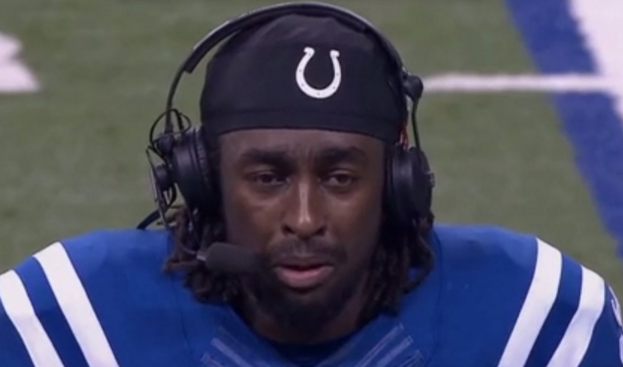 The Indianapolis Colts were many experts’ underdog pick to win this year’s Super Bowl. Following an AFC Championship game performance last season, Andrew Luck and Co. appeared poised to take the next step forward this year.

Unfortunately for the Colts, things have not gone as planned. Andrew Luck and Matt Hasselbeck have started the same number of games at quarterback (7), the Colts (6-8) sit one game back of the Houston Texans, and head coach Chuck Pagano’s days appear to be numbered.

To make matters worse, there are now in-house issues being brought to light. In the midst of a three-game losing streak, frustration is beginning to boil over. Star wide receiver T.Y. Hilton believes his team’s offensive woes begin and end with offensive coordinator Rob Chudzinski.

Hilton vented to the media, “Donte [Moncrief], me, Phil [Phillip Dorsett], we’re fast guys, and we’re not going down the field like how we’re supposed to be. Running stick routes, chain routes, we can we do that, but at some point you have to take your shot and get the defense going back. The throws have been there, but we haven’t been calling them.”

The wide receiver does have a point after the Colts posted 10, 16 and 10 points in their past three games, but the media is not the place to share these opinions. Coach Pagano was visibly upset with Hilton’s words, saying, “I don’t think anybody should air our dirty laundry outside this building, to be quite frank and honest with you.”

Luckily for Colts fans, this dysfunction shouldn’t last beyond this season. With Luck set to return for 2016, Hilton reuniting with his quarterback who likes to throw the ball downfield, and Pagano (most likely) no longer coaching the Colts, Super Bowl 51 aspirations are completely realistic.