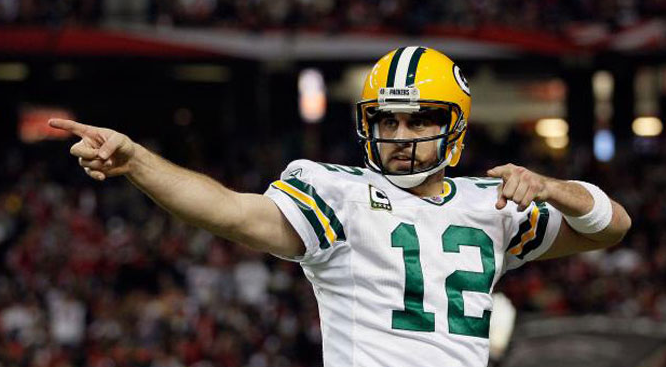 For the first time in NFL history, two 6-0 teams will face off in a primetime match-up. Although both teams are undefeated thus far, one clearly has a leg up in this duel. The Packers have been playing phenomenal football, and look to make yet another statement Sunday night. The exact opposite can be said of the Denver Broncos, who are still searching to regain their once dominant form.

Going into their bye week, questions swirled as the “Orange Crush” attempted to fix their offensive woes. It starts and ends with Peyton Manning, as the 18-year veteran is proving to be human after all. The once pinpoint accuracy has vanished, and Peyton seems to be stuck in quicksand in the pocket.

Even Demaryius Thomas has looked out of sorts, dropping so many passes that it looks as if he should be on Brett Favre’s “Wrangler” Jeans commercials instead of in the NFL. The backfield duo of C.J. Anderson and Ronnie Hillman is dormant, and are not able to produce in bunches. Consumed by the negatives, the Broncos do have some positives in their favor. Their defense is absolutely superb, and has single-handedly won them multiple games this year. If the Broncos are to have any chance, the league’s No.1 defense is going to need to play superbly to keep Rodgers in-check.

The Packers have been clicking on all cylinders. With the crucial loss of Jordy Nelson in the preseason, James Jones and Ty Montgomery have stepped up admirably. Green Bay’s outside pass rush has wreaked havoc and made opposing quarterbacks quiver in fear. Between the surprisingly good defense and elite offense, it’s no surprise the Packers are favorites to run away with the NFC this season.

Predictions
1. Each team will record at LEAST three sacks.
2. Manning will throw four touchdown passes
3. The Packers win on the final drive of the game led by Aaron Rodgers.