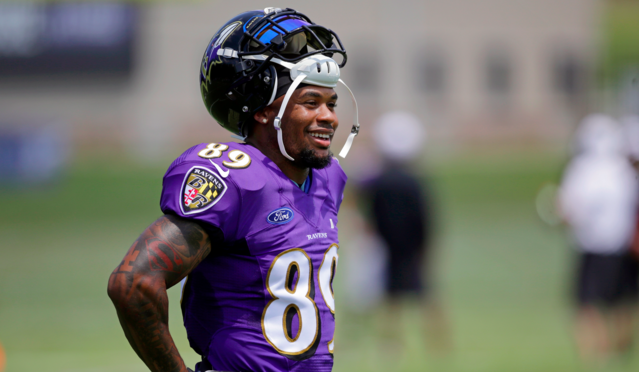 Steve Smith Sr. still wants a Super Bowl ring. After 15 grueling seasons in the NFL, Smith Sr. is reneging on his retirement announcement and will return for 2016.

Through the first half of 2015, Smith Sr. ranked 8th in the NFL in receiving yards (670) and 11th in receptions (46). Despite breaking his back in October, he returned to action one week later and admirably played through the pain. Unfortunately for the Ravens, Smith Sr. tore his Achilles Week 8 and had to be carted off the field with a towel over his head.

Apparently, that wasn’t the last moment he had in mind for his NFL career. On Wednesday, Smith Sr. announced via Twitter that he would return to Baltimore for his 16th season. He will be 37 years-old by the start of next season, and currently sits at No. 11 on the all-time receiving list with 13,392 yards. If he puts up 1,195 or more yards in 2016, he’ll finish in the top five.

Despite all of his achievements, Smith Sr. has been seemingly overlooked for most of his career, largely because he’s shorter than most defensive backs that match up against him. At 5’9″, he’s had to utilize his agility and elusiveness to find holes in opposing defenses, while also making an impact on special teams. He and NFL Hall-of-Fame receiver Tim Brown are the only players in league history with at least 13,000 receiving yards and 400 return yards.

There’s no doubt Smith Sr. is worthy of being inducted into the Hall of Fame. But if he is sticking around simply to win a Lombardi Trophy, he may want to leave Baltimore and return to his beloved Carolina Panthers.