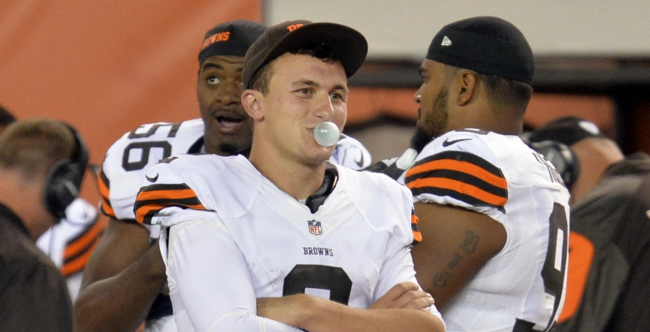 The Cleveland Browns have already made it known that they plan to release Johnny Manziel on March 9, and based on the latest details involving an assault investigation, it doesn’t appear any team will be rushing to sign him.

New information has surfaced stating Manziel and his ex-girlfriend were at a hotel in downtown Dallas where the incident first began. Manziel struck her, and after the two left the hotel together, shouting and more hitting between the two ensued in the car.

Amid the shouting, Manziel allegedly told the woman, “shut up or I’ll kill us both” before dropping her off at her Fort Worth apartment. When police spoke with the ex-girlfriend, she showed concern regarding Manziel’s well-being, prompting the police to search for Manziel. No charges were filed, and the case was closed.

However, the latest claims involving domestic abuse raise major red flags within the NFL. Domestic abuse has plagued the NFL over the past few seasons, and franchises have tried harder and harder to steer clear of players who have been charged. Manziel considers himself innocent, responding to allegations by saying “it didn’t happen” and that he was “completely stable.”

Manziel’s own family disagrees with his assessment regarding his stability, publicly stating they have made two attempts to check the quarterback into rehab. Paul Manziel, Johnny’s father, told The Dallas Morning News, “I truly believe if they can’t get him help, he won’t live to see his 24th birthday.”

It’s clear this issue goes beyond football, as Manziel’s health now becomes the No. 1 priority. But with Manziel showing no interest in seeking professional help and no NFL franchise interested in acquiring him, sadly, we will likely only hear his name being associated with law enforcement.