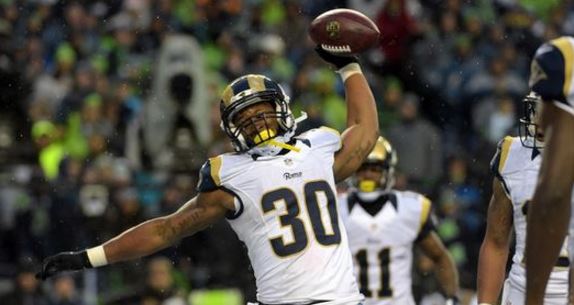 For the second time this season, the Seattle Seahawks lost at the hands of the St. Louis Rams. Despite trailing the entire game, Seahawks defensive end Michael Bennett was hesitant to give any credit to the Rams.

Coincidentally, Gurley’s speed, power and tackle-breaking ability has led many experts to compare him to Lynch. Even though it wasn’t the Rookie of the Year front-runner’s most impressive game, Gurley was still the key cog in leading the Rams to victory.

Comments like Bennett’s should only fuel Gurley’s drive to improve his game, as the rookie running back already looks like one of the best at the position. In a time when injury controls the trajectory of every player’s career, the former Georgia Bulldog will be dominant for as long as he can stay healthy.

That spells bad news for the Seahawks who could potentially face the 21 year-old twice a year for the next 10 seasons. By the end of Gurley’s career, “average” will be the last word any Seattle Seahawk uses to describe him.