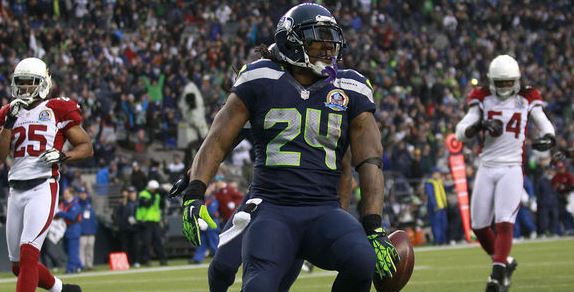 After an injury-filled season, Seattle Seahawks running back Marshawn Lynch announced his retirement from football in early February. And while he has not backed off those statements over the past three months, Lynch’s teammates and the Seattle franchise seem to believe there is hope that ‘Beast Mode’ will return.

The key reason for everyone’s optimism is that Lynch hasn’t officially filed his paperwork to declare his retirement. So while Lynch is technically still an active participant in the NFL, the Seahawks see no reason to rule out the No. 4 rusher in franchise history.

But just in case Lynch does officially call it quits, the Seahawks implemented a legitimate insurance policy by selecting three running backs in this year’s draft. Despite the three selections though, Seattle appears to be doing everything in their power to accommodate Lynch’s return to the field.

Much of that can be attributed to wide receiver Doug Baldwin, who requested this from Seahawks management: The Seahawks drafted 10 new players and signed 13 others, but have prohibited all 23 of them from choosing Lynch’s No. 24. And while that won’t serve as the difference between Marshawn returning or not, you can’t fault the Seahawks for doing everything in their power to bring ‘Beast Mode’ back.