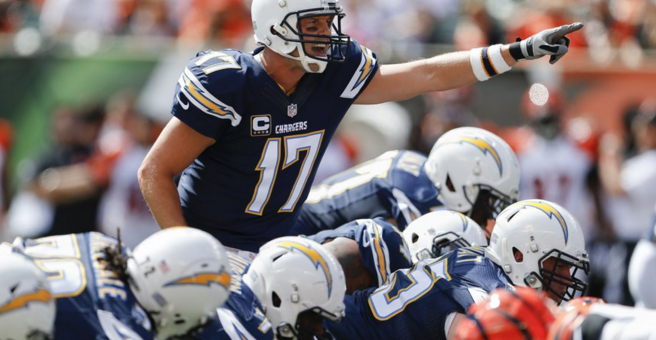 Since the Rams declared their intentions to relocate to Los Angeles, they’ve been aggressive in recruiting another team to join them. With the most recent news out of San Diego, though, the Rams’ pursuit will have to be delayed for at least one more year.

On Friday morning, Chargers chairman Dean Spanos revealed that he will keep the team in San Diego for the 2016 season. During the announcement, he also explained that they have agreed on a deal with the Rams to share their stadium, but only if Spanos elects to relocate. His focus now shifts to finding a long-term solution on a new stadium plan in San Diego.

“This has been our home for 55 years, and I want to keep the team here and provide the world-class stadium experience you deserve,” said Spanos. “I am committed to looking at this with a fresh perspective and new sense of possibility.”

As a result of the relocation agreement with the Rams, the Chargers have until January 15, 2017 to decide if they want to become the second team in Los Angeles. They can also push back that option to 2018 if a public financing referendum in San Diego is not approved before November 15 of this year.

The decision also leaves the Oakland Raiders in limbo as they search for a new home of their own. They’ll have the option to move to LA in a year, but only if the Chargers decide not to. With the funding in San Diego still up in the air, the Raiders must play the waiting game if they still hope to relocate to Inglewood.

As for the Chargers, it’ll be interesting to see how their fans respond next season. On one hand, they should feel hopeful that a new stadium deal can be reached, but on the other, Spanos won’t hesitate to leave town now if San Diego can’t generate the necessary stadium funding.

With all the issues that the city has had trying to replace Qualcomm Stadium, it appears very unlikely that the Chargers will be playing in San Diego for another 55 years.