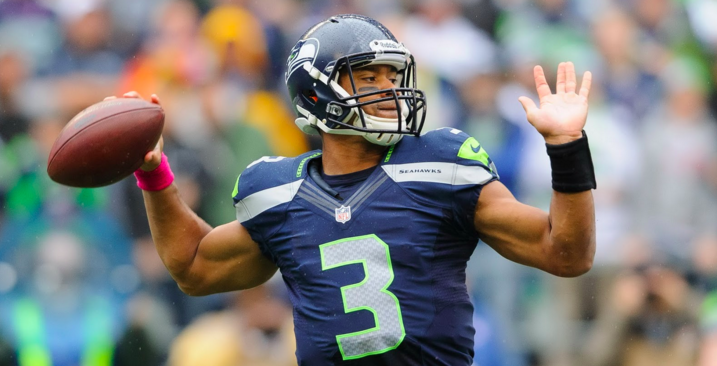 Putting his team on his back, Russell Wilson is not only making a push for the playoffs, but one for the MVP as well. The Wisconsin product has been scorching defenses in past weeks, and is in the midst of the hottest stretch of his four-year career.

Tallying 12 touchdowns and zero turnovers in his last three outings, Wilson is starting to look like a superstar. Even though Pete Carroll and Co. might have been a bit worried (and jealous) of his girlfriend Ciara distracting him, Wilson has silenced critics with his superb play.

Just one month ago, the Seahawks front office was questioning whether or not Wilson was their quarterback of the future. Luckily for them, he has come through in recent weeks. Delivering consistent, epic performances, Wilson is proving to be well worth the four-year, $87.6 million contract he signed this past offseason.

With a record of 2-4 six games into the season, Wilson’s grit and passion to win have propelled the Seahawks back into the playoff race. In an offense once predicated around the running game, Russell has embraced the challenge of carrying the team in Marshawn Lynch’s absence.

RELATED: NFL On Crash Course For Something That Hasn’t Happened Since 1994

Relying heavily on the passing attack in recent weeks, it will be interesting to see how the offense adapts when Lynch returns. While a third straight trip to the Super Bowl will be more difficult than in years past, with Wilson at the helm, anything is possible.