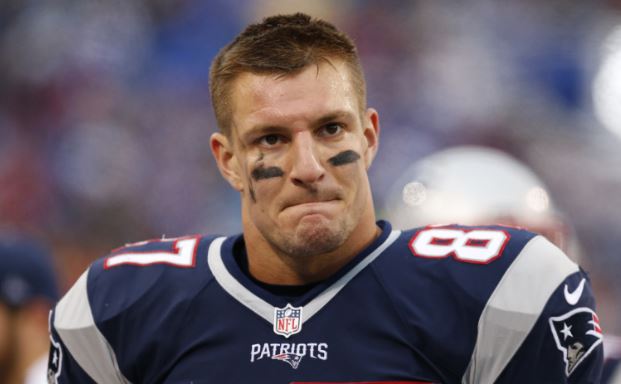 When the New England Patriots faced the Seattle Seahawks on Sunday night, they seemingly lost more than just the football game.

According to NFL Network’s Ian Rapoport, New England’s star tight end, Rob Gronkowski, suffered a punctured lung during his team’s 31-24 loss in Foxborough. Gronk’s injury took place late in the second quarter after he was clobbered in the chest by safety Earl Thomas.

But if anyone thought a punctured lung would be enough to keep Gronk out of a football game, they would be terribly mistaken. The NFL’s best tight end sat out the next five plays before re-entering the game, and finished the night with 3 receptions for 56 yards.

“Yeah, that was a big hit for sure,” Gronkowski said. “Probably one of the hardest I’ve got hit in my career for sure… It was a good, clean hit; nothing against it.”

The second round pick went on to state that it was difficult to breathe, though he and his trainers thought he simply got the wind knocked out of him. With tests revealing a more serious injury, Gronk’s availability in the coming weeks is certainly in jeopardy.

While most experts believe Gronk shouldn’t miss more than a single game, it’s a major blow to Tom Brady and the Patriots’ offense. With the ability to stretch the field and create mismatches, injuries have proven to be the only thing that can slow Gronkowski down.

At 27 years old, Gronkowski has already missed 18 games during his seven-year career, having missed at least one game in each of his past five seasons. Despite missing so much time, Gronkowski is still well on his way to a spot in Canton. In his career, he has caught 405 passes for 6,095 yards and 68 touchdowns, trailing only Antonio Gates (109) and Tony Gonzalez (111) on the all-time tight end touchdown list.

The Pats are 7-2 and still the favorites to win the AFC, but Gronk’s injury could easily hinder their Super Bowl chances. Backup tight end Martellus Bennett is still an excellent weapon for Brady, but the Patriots will need No. 87 fully healthy if they’re going to win their second Lombardi Trophy in three years.