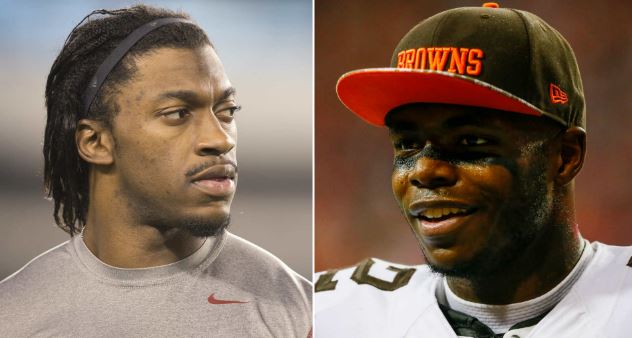 Across all sports, it suddenly seems as if 2016 is Cleveland’s year. The Cavaliers ended the city’s 52-year title drought by defeating the Golden State Warriors in the NBA Finals, the Indians look like serious World Series contenders with a 6-game lead in the AL Central… and then there’s the Browns.

The third and final professional Cleveland franchise isn’t expected to follow in the Cavaliers’ and Indians’ footsteps, as the Browns have been listed as an underdog in all 16 games of the upcoming season. However, their chances of exceeding people’s expectations just increased with the NFL’s latest announcement.

Star wide receiver Josh Gordon, who was forced to miss the entire 2015 season due to violating the league’s substance abuse policy, was officially reinstated by the league.

The NFL notified Gordon of their decision via a letter from Commissioner Roger Goodell. In the letter to Gordon, Goodell said, “I want nothing more than to see you turn your circumstances around and succeed[…] I have every belief that you can make the right choices, but it will be up to you to do so.”

Gordon will still be suspended the first four games of the 2016 season, but can participate in all drills and team activities immediately.

It’s tremendous news for the Browns, who entered training camp with the receiving corps being one of their weakest positions. After last year’s No. 1 wide receiver Travis Benjamin signed with San Diego in the offseason, Cleveland had little beyond rookie Corey Coleman and tight end Gary Barnidge.

But with the incredibly dynamic Gordon back in the fold, quarterback Robert Griffin III has plenty of talent around him. Whether Griffin III can capitalize or not remains to be seen, but as of now, chalk this latest announcement by the NFL up as proof that 2016 is the year of Cleveland.