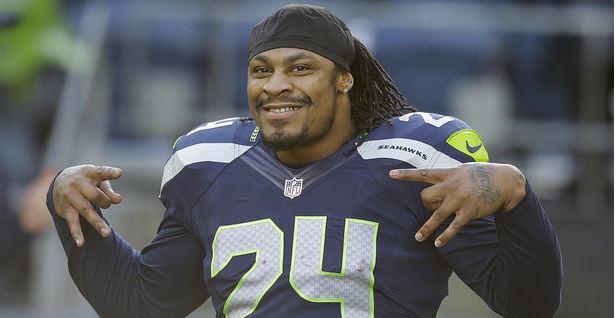 All signs point to Marshawn Lynch’s days as a Seattle Seahawk being numbered, and it couldn’t have ended in worse fashion. After bizarrely ruling himself out for Seattle’s game against the Minnesota Vikings, Lynch returned for the Seahawks’ game against the Carolina Panthers and was a complete non-factor.

Managing just 20 rushing yards on 6 attempts, Lynch’s longest run of the game was 9 yards. Carolina’s run defense played well, but Lynch’s lack of impact on the ground was mostly a result of Seattle falling behind early. Trailing 31-0 at halftime, the Seahawks turned to an all-out passing attack in the second half and ended up losing 31-24.

Eliminated from the postseason and now looking ahead to next season, Seattle seems ready to part ways with their star running back. At 30 years old, Lynch is set to make $9 million next season after a year in which he only played 7 games. To make matters worse, he didn’t look particularly great in those games, compiling a stat line of 417 yards and 3 touchdowns.

Lynch also becomes significantly more expendable with the breakout of back-up running back Thomas Rawls. An undrafted free agent from Central Michigan University, Rawls had 830 rushing yards and 4 touchdowns on 147 carries, and is set to make a combined $1.15 million over the next two seasons.

While Lynch’s departure isn’t set in stone, various members of the Seahawks seem to be aware of the unlikelihood that he stays. Cornerback Richard Sherman was quoted saying, “He’s an outstanding teammate and an outstanding guy, on and off the field. I’ll remember him as a phenomenal person who will give you the shirt off his back.”

Sadly for Sherman and other members of the Seahawks’ defense, next season, they will likely have to experience the agony of trying to tackle ‘Beast Mode.’