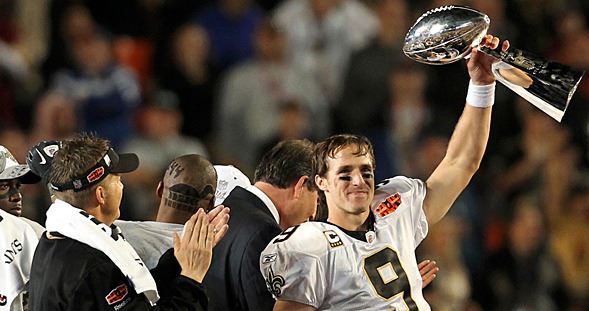 I feel like I’m just ragging on Peyton Manning with each passing week, but his ineptitude continues to surprise me. With the Broncos serving as my only incorrect pick in last week’s set of games, I can only hope Denver’s bye week gives Peyton the necessary time to rediscover his game.

The Broncos aren’t the only undefeated team with the week off, as the Green Bay Packers and Cincinnati Bengals also have this week to get some rest. Even with three of the more entertaining teams on the bye, there are still plenty of intriguing games on the Week 7 slate. Let’s take a look at five of the most interesting match-ups.

Andrew Luck looked much more like his typical self in Indianapolis’ seven-point loss to the New England Patriots. While they still came up short, it was refreshing to see Luck throw passes to his own team – something he has rarely done this season. The New Orleans Saints are coming off an emotional win over the Atlanta Falcons on Thursday Night Football, and will have had 10 days to prepare for Andrew Luck and the Colts. However, when your team just lacks talent, preparation can only do so much. The Saints’ horrendous defense and predictable offense are no match, as Indianapolis will take this one easily. Colts fans will have to wait another week before firing head coach Chuck Pagano. I’ve already gone into more extensive detail about this game here, as this seems to be the most hyped game of the week. The New York Jets have asserted themselves as one of the best defenses in the league, but no one has appeared capable of slowing the Patriots down. Something has to give this week, and when in doubt, it’s always safe to side with Bill Belichick.

Have you ever seen a worse performance than the New York Giants’ display against the Philadelphia Eagles on Monday Night Football? After effortlessly scoring on their first drive of the game, the Giants failed to score another point. Things got so bad that Tom Coughlin looked upset on the sidelines for once (that’s a joke… because he always looks angry). While it seems likely the Giants will respond in a pivotal NFC East showdown, never underestimate Coughlin’s inability to motivate his team. Dallas has had two weeks to prepare for New York, and have upgraded at quarterback to Matt Cassel (words no one has ever said before). Cassel is 2-1 all-time when debuting for a new team, and his one loss came by three points. I expect the Cowboys to steal a win here, as Giants fans can begin their yearly cries for New York’s front office to fire Coughlin. The Philadelphia Eagles have to be happy with their victory over the New York Giants, but no one is feeling more confident than the Carolina Panthers. Proving to be worthy of their undefeated start, the Panthers got a statement win in Seattle this past weekend. Looking to carry that momentum into this week’s game, Carolina’s defense should have a field day against the questionable decision making of Sam Bradford. Between the Cam Newton-Greg Olsen connection, the resurgence of Jonathan Stewart and a Luke Kuechly-led defense, Carolina should move to 6-0 in relatively easy fashion. After racing out to a 3-0 start, it seems everyone still wants to consider the Arizona Cardinals among the NFL’s elite. This is a team that has lost two of its last three games, with the latest defeat coming against a Landry Jones-led Pittsburgh Steelers squad. While the Cardinals will surely want to put on a show Monday night, they will be facing a Ravens team that did what Arizona was unable to do – beat the Steelers at Heinz Field. Baltimore’s atrocious defense and mediocre offense have given little reason to be optimistic, but I expect them to keep this within seven points.