Wayne was overlooked throughout his career. He played alongside an all-time great in Marvin Harrison, and wasn’t even the first University of Miami receiver selected in the 2001 NFL Draft (Santana Moss). Despite not earning the same amount of notoriety as his contemporaries, Wayne was an elite receiver that contributed heavily throughout his tenure with the Colts.

Not a natural speedster or leaper, Wayne utilized his great technique and body control to amass over 14,000 career receiving yards. The six-time Pro Bowler helped Indianapolis build a high-powered attack that torched defenses through much of the 2000’s. Producing when his team needed it most, Wayne scored nine touchdowns in his first 15 playoff appearances.

From one Hurricane to the next, Johnson was a premier receiver for over a decade with the Houston Texans. In 2003, the Texans selected Johnson No. 3 overall after an impressive career at Miami. The wide-out was the team’s second first round pick in team history. Over the next decade, Johnson essentially carried the entire offense during the franchise’s infancy.

AJ was a one-man show on the outside, compiling big seasons without any sort of continuity at quarterback. His straight line speed was unparalleled for a receiver his size (6’3”, 230lbs) and he often made big plays down the field. Johnson led the league in receptions twice, receiving yards twice, and receiving yards per game three times. After a season in the Canadian Football League while also working as a plumber, Maynard got his big break with the New York Titans (now Jets). The nifty deep-threat torched defenses throughout the 1960’s, averaging an absurd 18.7 yards per catch in 186 games. Maynard found countless ways to exploit defenses up the seams.

Once Joe Namath entered the fray as New York’s signal caller, Maynard’s game reached unprecedented heights. In 1967, the duo connected for 71 receptions, 1,434 yards, and 10 touchdowns. The very next year Maynard was an even more dangerous deep threat by averaging nearly 23 yards per catch. 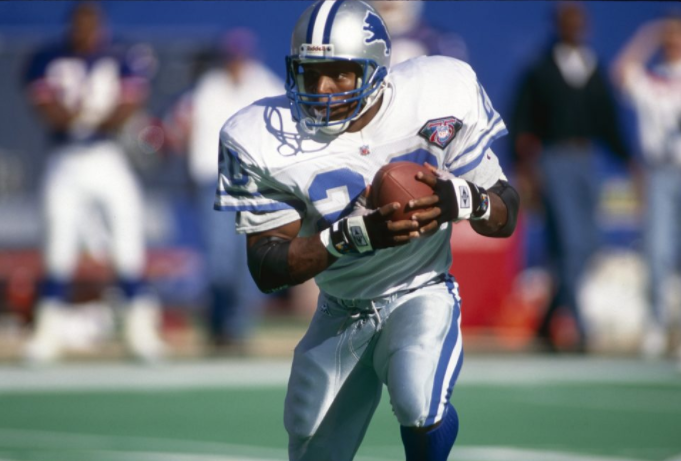