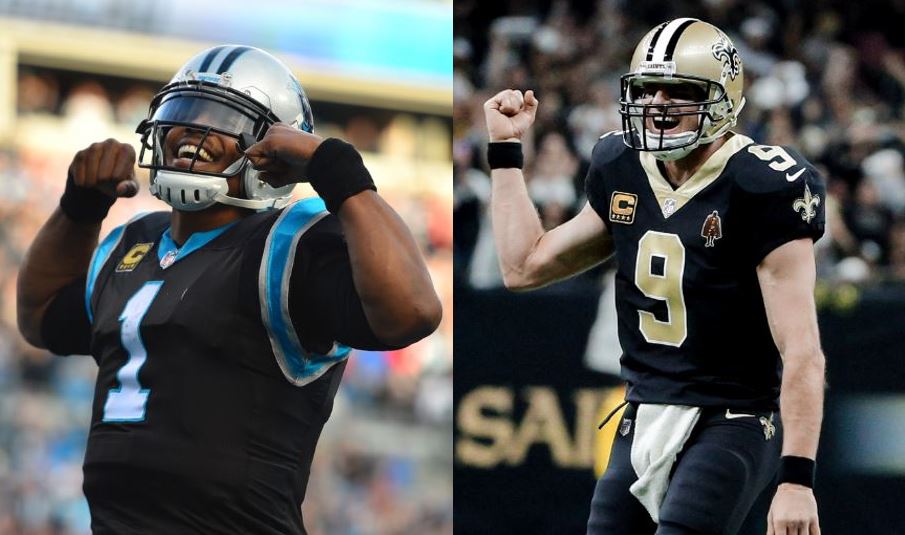 Week 17 was crazy enough to result in some unexpected wild card match-ups. Andy Dalton is the most popular player in Buffalo after his game-winning 49-yard pass to Tyler Boyd eliminated the Baltimore Ravens from playoff contention. Blake Bortles is a hero in Tennessee after his two interceptions and 15-for-34 passing performance ensured a Titans victory. The Rams benched their key stars in their game against the 49ers expecting to drop to the No. 4 seed, but the Saints’ unexpected loss to the Buccaneers meant there was no movement in playoff seeding in the NFC following Week 17’s results.

As the Philadelphia Eagles, Minnesota Vikings, New England Patriots and Pittsburgh Steelers rest up and await their next opponent, here’s how we see the four playoff games playing out: Kansas City’s playoff track record of one postseason victory since 1994 is extremely depressing. Their recent struggles certainly don’t inspire much confidence, but you know what helps a franchise who has struggled in the playoffs? Playing an extremely mediocre squad much weaker than typical wild card playoff teams!

Luckily for Kansas City, that’s exactly what they will be getting when they host the Tennessee Titans on Saturday.

The Titans don’t exactly excel on either side of the ball. On offense this season, they ranked 15th in rushing and 23rd in passing, and on defense, they finished 21st in defensive efficiency. Of their nine victories, only two came against a playoff team (both against Jacksonville), and they are one of two playoff teams with a negative point differential (-22).

After winning five in a row, then losing six of seven, and then closing the year on a four-game win streak, Kansas City essentially has two different versions of itself. I expect the winning version to show up on Saturday.

Assuming Kansas City can get running back Kareem Hunt going, it should open up the play-action game where quarterback Alex Smith thrives. Travis Kelce and Tyreek Hill each pose their own issues for a suspect Tennessee pass defense, as the Titans simply don’t have the personnel to contain this dynamic offense.

Ultimately, I think the first wild card game ends up being the biggest blowout of the weekend. Arrowhead Stadium is a brutal place to play your first playoff game, as Justin Houston and Marcus Peters will make life miserable for Mariota. Hunt runs wild, Hill reminds us he’s the fastest player in the NFL with a breathtaking touchdown, Peters picks off Mariota and the Chiefs finally get the resounding playoff win the franchise so desperately needs. As Atlanta aims to avenge last year’s heartbreaking Super Bowl loss, the Rams will be trying to prove their 11-5 season under first-year head coach Sean McVay was no fluke.

Even though 2016 MVP Matt Ryan hasn’t come close to matching last year’s production, there’s no denying the amount of talent on the Atlanta offense. Julio Jones remains one of the three best receivers in the league, and the Devonta Freeman-Tevin Coleman running back duo can take over a game at any point.

Plus, the defense has improved dramatically, going from allowing 25.4 points per game (27th) in 2016 to holding defenses to 19.7 (8th) this year. Littered with speed at all three levels of the defense, the Falcons are more than capable of shutting opposing offenses down. However, it’ll be a tall task against 2017’s highest scoring offense.

After averaging a paltry 14.0 points per game in 2016, offensive guru Sean McVay came to town and turned the Rams into a lethal offense (29.9 points per game). Outside of MVP candidate Todd Gurley, Los Angeles doesn’t come close to boasting the same talent on offense as the Falcons. However, McVay’s unique play-calling puts Jared Goff in perfect position to maximize the value of guys like Robert Woods, Sammy Watkins, Cooper Kupp and Tyler Higbee.

On defense, the Rams have become an elite unit thanks to Wade Phillips’ brilliance. Built similarly to Atlanta, the Rams employ speed at all three levels but have the X-factor of Aaron Donald. The most disruptive defensive lineman in all of football, Donald’s impact will go a long way in determining the outcome of this one.

On paper, these two teams are pretty evenly matched. While the dynamic offenses are expected to be the story, I think it is actually the defenses that will shine in this one. I like Atlanta to cover the point spread, but think the Rams will eke out the victory behind 150+ yards from scrimmage from Gurley. For the Bills, it all comes down to getting their run game going. Tyrod Taylor isn’t going to air it out 40 times, which is probably a good thing against Jacksonville’s top-rated pass defense. Instead, Buffalo will be hoping LeSean McCoy can return from a nasty-looking ankle injury suffered in Week 17. If he can’t suit up, the Bills will be relying on the combination of Marcus Murphy and Mike Tolbert to move the chains.

Although Buffalo’s shorthanded offense may never cross the 50-yard line, there’s always hope when playing against Blake Bortles. Jacksonville will look to establish the run game behind Leonard Fournette, but I expect Buffalo to stack the box to make Bortles beat them. The beleaguered quarterback has had his moments of brilliance this season, but seems to have reverted back to his awful tendencies in recent weeks. Losses in Weeks 16 and 17 to the 49ers and Titans (2 touchdowns and 5 interceptions) can’t give Bortles or Jacksonville much confidence heading into this one.

In what should be a physical, grind-it-out game where announcers use the phrase “smash-mouth football” at least seven times, this one will go down to the wire. I’ll take the quarterback less likely to commit a game-changing turnover as the Bills pull the upset. These two NFC South foes meet for a third time this season after the Saints won each of the first two by a combined score of 65-34. While neither game was particularly close, we have seen time and time again that the postseason is a completely different animal.

For the Panthers, their hopes of winning rest squarely on the shoulders of Cam Newton. While establishing the run with Christian McCaffrey and Jonathan Stewart will be important, the 2015 NFL MVP is the clear X-factor in this one. Newton struggled in each of the first two meetings against New Orleans this season, totaling 350 passing yards, 2 touchdowns and 3 interceptions. He’ll need to be much better in this one to give his team a chance.

On defense, Carolina’s pass rush is capable of giving Drew Brees fits, and their linebacker duo of Luke Kuechly and Thomas Davis is arguably the best in the league. The only question mark is the secondary, which will face a tall task trying to contain the Saints’ explosive offense.

Unlike previous years when New Orleans leaned on Drew Brees to single-handedly outscore teams, the Saints now play solid defense and employ the best rushing attack in football. The Alvin Kamara-Mark Ingram duo has been a revelation, as the Saints’ balanced offensive attack has been virtually unstoppable. Brees is still his typically dominant self, and Michael Thomas has established himself as one of the league’s best wide receivers.

In the end, it’ll all be too much for Carolina to keep up with. Cameron Jordan and the New Orleans pass rush will make life miserable for Newton, and Marshon Lattimore and Ken Crawley will lock down Carolina’s receivers. Brees puts on a show in front of the home crowd, and Kamara shows off why he should win the Offensive Rookie of the Year award.

There’s the old adage that “it’s hard to beat a team three times,” but since 1960, 13 of the 20 times an NFL team won both regular season meetings, they beat the team a third time in the postseason. Expect the Saints to make it 14-for-21 in relatively easy fashion.