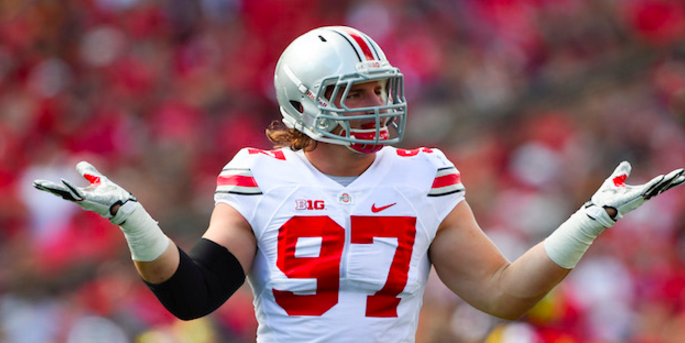 Ohio State defensive lineman Joey Bosa helped lead the Buckeyes to a National Championship in 2015, and believes he can bring similar fortunes to his future NFL team. With many players in the discussion for being selected first overall by the Tennessee Titans, Bosa thinks it should be an easy choice.

“I do believe I’m the best player in the draft,” Bosa declared. “There’s, of course, a lot of amazing players in the draft, and it’s going to be up to Tennessee to make that decision. But I think as a top player, if you don’t believe that, then there is something wrong.”

Bosa may very well be the top prospect, but due to defensive scheme purposes, it appears unlikely that the Titans will select him with the first pick. Tennessee runs a 3-4 defense under defensive coordinator Dick LeBeau and Bosa spent his entire collegiate career playing in a 4-3 scheme.

In addition, the Titans haven’t hidden their desire to shore up their offensive line around quarterback Marcus Mariota. Their franchise cornerstone was sacked 38 times in 12 games, and will need to be better protected if Tennessee is to get the most out of their potential superstar.

With elite offensive tackle prospect Laremy Tunsil available for the Titans’ taking, it appears Bosa will have to wait until at least the second pick in the draft. But based on his recent comments, that won’t deter him from believing he has the most to offer.