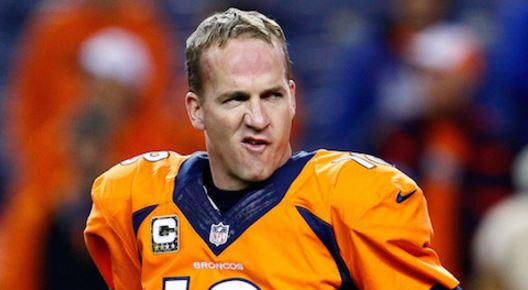 For his entire 18-year career, Peyton Manning has been known as one of the best teammates, leaders and quarterbacks in NFL history. So you can imagine how he felt when a report surfaced claiming he wouldn’t accept a role as a back-up quarterback.

When asked about this report following the Broncos’ loss to the Pittsburgh Steelers, Manning said the report “is bull****, and it’s insulting.” It was an uncharacteristically emotional moment for the typically even-keeled Manning, but he is clearly upset that anyone would question his integrity and dedication to the Broncos.

Executive Vice President of football operations and general manager John Elway also chimed in, tweeting “Peyton has never told Gary or myself that he doesn’t want to be the backup. Any report or rumor that suggests otherwise is incorrect!!”

In what has been an extremely frustrating year for Manning, his leadership abilities haven’t wavered. While his physical skills have obviously declined, it hasn’t stopped Broncos players from publicly expressing their faith in Manning to regain his efficient form. He is currently rehabbing from a tear in the plantar fascia and is hoping to be back before season’s end.

Brock Osweiler’s uneven play during Peyton’s absence has created confusion for Denver’s quarterback situation moving forward, but one thing is clear – Peyton will accept either role (starter or second string) with open arms.