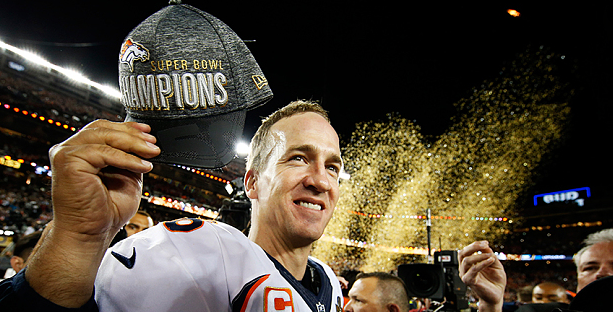 Peyton Manning captured his second Lombardi Trophy, and it was all thanks to everyone but him. Much like the majority of the season, the Broncos relied heavily on their defense, and they came through in the biggest way possible.

The Denver Broncos secured a 24-10 victory, neutralizing the Panthers’ high-octane offense and making quarterback Cam Newton look mediocre in the process. While Newton struggled, so too did Peyton Manning. The 18-year veteran threw for 141 yards, 0 touchdowns and 1 interception, and failed to move the Broncos down the field consistently.

Luckily for Denver, they had a guy on defense named Von Miller. The 5-year veteran was an absolute beast, forcing two fumbles, which led to both Broncos touchdowns. Miller consistently got pressure on Newton, preventing the No. 1 scoring offense from ever finding its rhythm.

With the win, Peyton’s decision regarding retirement seemingly becomes simpler. His legacy among the NFL greats wasn’t in doubt by any means, but a second Lombardi Trophy ties him with his brother, Eli, and ensures he will be remembered as the greatest Manning.

However, Peyton still claims that he has yet to make up his mind. Asked whether he plans to retire, Manning has responded by saying, “I’ll take some time to reflect” and “I’ll be at peace, whichever way it goes.”

After Peyton spent years carrying defense-less teams through the postseason, the opposite could be said of this year’s run. The defense carried Peyton along for the ride – the ultimate acknowledgment that he is no longer the same player, but still a champion nonetheless.

It’s a perfect ending for a player who always demanded perfection.