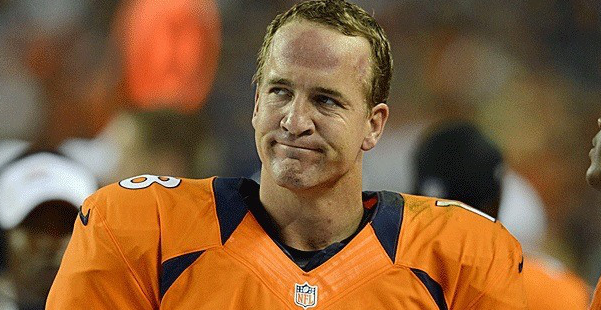 The magic number was three.

Peyton Manning needed three yards to pass Brett Favre for most passing yards in NFL history, and the Broncos needed three points to avoid their first loss of the season. Both came up short.

It’s always an intriguing game when Manning returns to Indianapolis, but this game carried even more weight. Denver was trying to stay undefeated, Indianapolis was in danger of dropping to 3-6 and head coach Chuck Pagano’s job was on the line.

After last season’s AFC Championship appearance, the Colts have failed to live up to this season’s sky-high expectations. But in the first half of this showdown, they looked like the team we have expected all season.

Racing out to a 17-0 lead behind an efficient Andrew Luck and effective Frank Gore (finally), the Colts looked as if they might blow out the Broncos. Denver’s offense couldn’t get going, and was held scoreless for the first half.

However, a special teams blunder by the Colts gave Denver all of the momentum heading into the second half. With five seconds remaining in the second quarter, Denver’s Omar Bolden returned a Pat McAfee punt for 83 yards to make the score 17-7.

Denver’s offense picked up where Bolden left off in the third quarter, as Peyton turned back the clock on their opening drive, connecting with Emmanuel Sanders for a 64-yard touchdown. It was reminiscent of the Manning-Marvin Harrison duo, and was certainly a heartwarming moment for Indy’s nostalgic fans.

Denver managed to tie the game at 17 heading to the fourth quarter, where fans then witnessed the quarterback duel they dreamed of. Luck connected with Ahmad Bradshaw for a touchdown to start the fourth, and Peyton quickly responded with one to Owen Daniels.

After a Colts field goal by 78 year-old Adam Vinatieri (okay, he’s 42), the hysteria began. Peyton found himself three yards short of becoming the NFL’s all-time leading passer, and now had an opportunity to break it at Lucas Oil Stadium.

The story seemed too good to be true… and it was. On Peyton’s first attempt at breaking the record, he did what he has done so many times throughout his career – he threw it to a player on the Indianapolis Colts.

Making this costly mistake with six minutes remaining in the game, it seemed there would be enough time for Peyton to have another opportunity. But based on the behavior of Denver’s defense, you would’ve thought they were trying to avoid getting the ball back. Between holding penalties and Aqib Talib intentionally poking Dwayne Allen in the eye, the Denver defense successfully prevented Peyton from getting another chance.

There’s no question Peyton will break the all-time passing record next week against the Kansas City Chiefs, but NFL fans were three yards away from witnessing the most perfect scenario imaginable.

Photo Credit: The Boys Are Back