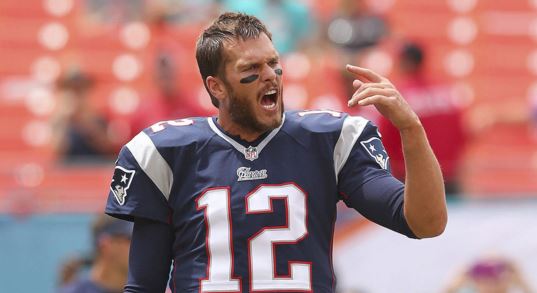 Just when Patriots fans and the NFL world thought the ‘Deflategate’ scandal was a thing of the past, a federal court overturned the previous ruling and handed Tom Brady a 4-game suspension to start the 2016 season.

The court stated “the Commissioner [Roger Goodell] properly exercised his broad discretion under the collective bargaining agreement and that his procedural rulings were properly grounded in that agreement and did not deprive Brady of fundamental fairness.”

The issue in question goes back to the Patriots’ AFC Championship Game victory over the Indianapolis Colts in which New England’s footballs weren’t properly inflated. New England went on to beat the Colts 45-7 before eventually winning Super Bowl 49, but the cheating accusations have never wavered.

It’s important to note that the federal court wasn’t ruling whether or not they believed Brady to be innocent or guilty; instead, the court was determining whether Goodell had the authority to suspend Brady under the current collective bargaining agreement.

While Goodell was pleased with the ruling, the NFL Players Association has yet to announce whether they will appeal the court’s decision.

For the Patriots, it is a devastating blow for a team with Super Bowl aspirations. New England has games against the Arizona Cardinals, Miami Dolphins, Houston Texans and Buffalo Bills to start the season, and would turn to back-up quarterback Jimmy Garoppolo during Brady’s absence.

But with the NFL season still five months from kickoff, it’s safe to say this won’t be the last we hear of ‘Deflategate’ this offseason.