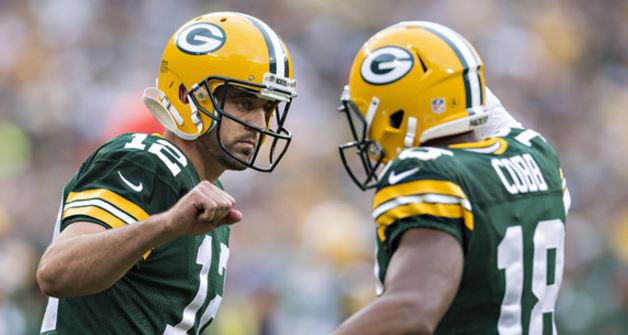 Green Bay Packers wide receiver Randall Cobb suffered a serious lung injury in last year’s NFC Divisional Round game against the Arizona Cardinals, and believes the microphone he wore under his uniform is to blame. Cobb wouldn’t go so far as to say he was 100 percent sure it was the reason for the bruised lung he suffered, but definitively stated, “I’ll never be mic’d up again.”

The practice of NFL athletes wearing microphones during games has become quite common in today’s era of unprecedented media access, but injuries like Cobb’s may deter future athletes.

In last year’s postseason, Cobb landed awkwardly on his back in an attempt to make a catch, and immediately exited the game. When he began coughing up blood on the sidelines, he was rushed to a nearby hospital and spent the night there.

Cobb’s horror story has already spooked many of his teammates, as quarterback Aaron Rodgers went on A.J. Hawk’s radio show and told his ex-teammate, “I don’t feel comfortable being mic’d up.”

Rodgers also discussed Cobb’s injury, saying, “He [Cobb] fell on his mic pack and he had an injury to his insides that kept him out of the game, probably would have kept him out the rest of the playoffs. And the puncture spot was directly adjacent to his mic pack.”

Cobb has recovered from the scary incident and is already participating in Green Bay’s offseason training, but the wide receiver certainly has a new perspective on the concept of wearing microphones. “It’s pretty cool to look back and hear what you’re thinking and hear what you’re talking about… It’s pretty cool in that instance, but I don’t think it’s worth the risk.”

Entities like NFL Films who rely on in-game commentary from players have to hope more athletes don’t follow in Randall Cobb’s footsteps.