Detroit did the smart thing by standing pat and taking local Michigan product Aidan Hutchinson. His ceiling might not be as high as Travon Walker’s, but he’s certainly got a higher floor as a more proven entity. He should compete immediately as a guy capable of notching 8-to-10 sacks. From there, the Lions moved up roughly 20 spots in the first to get Jameson Williams. There’s some risk with Williams coming off a knee injury. However when healthy, he’s arguably the most explosive player in this draft. We like Malcolm Rodriguez as a culture guy later in the draft. Josh Paschal and Kerby Joseph should contribute early, also. Though this isn’t a feeling felt by many Lions’ fans traditionally, those in Detroit should feel optimistic about the direction of this team. 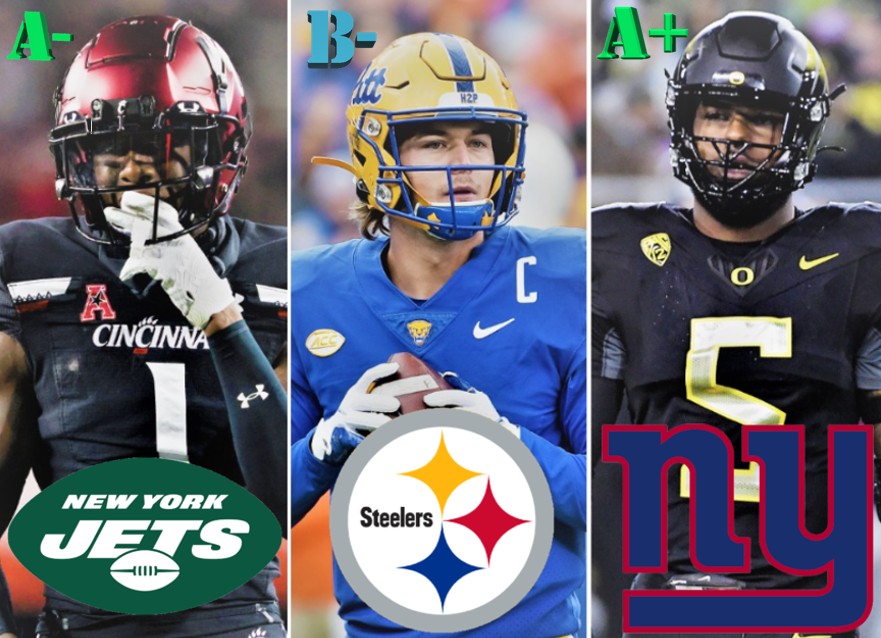