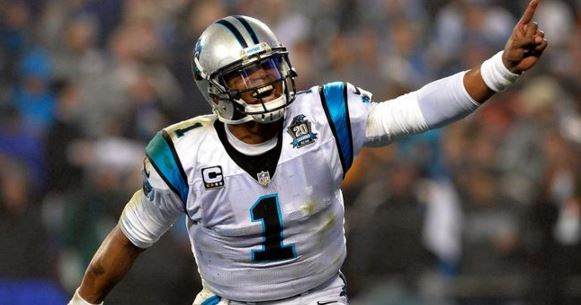 We have already taken a look at New England’s chances of remaining perfect throughout the regular season, but the overlooked Panthers have matched the Patriots stride for stride this season. With only one of their six remaining opponents currently over .500, can the Panthers head into the playoffs a perfect 16-0?

That question obviously starts and ends with Cam Newton. Carolina’s franchise quarterback has been one of the league’s most polarizing players with his over-the-top touchdown celebrations and baffling inconsistencies this season.

With 15 passing touchdowns, six rushing scores and 11 turnovers, Cam currently ranks 21st in the NFL with a Total QBR of 52.9. Even despite these unimpressive numbers, Newton finds himself in the thick of the MVP discussion.

For as clutch as Cam has been in late-game situations, the defense also deserves plenty of credit. Led by Luke Kuechly, the best linebacker in the league, Carolina currently ranks as the No. 3 unit in defensive efficiency. Their ability to win grind-it-out games or offensive shoot-outs makes them real Super Bowl contenders.

Their rest of season schedule features home games against the Washington Redskins, Atlanta Falcons and Tampa Bay Buccaneers, and road contests versus the Dallas Cowboys, New Orleans Saints, New York Giants and Atlanta Falcons. Each of these games is definitely winnable, but the Panthers have too many deficiencies on offense to expect their record to stay unblemished.

Lacking any true play-makers outside of tight end Greg Olsen, Carolina is due to be shut down in one of these games. An offense starting Jonathan Stewart and Ted Ginn Jr. isn’t dynamic enough to go 16-0, no matter who the other nine players on the field are.

It has certainly been a remarkable year for the Panthers, and head coach Ron Rivera and the entire team deserve plenty of recognition. Carolina will likely enter the playoffs with the No. 1 seed in the NFC, and are fully deserving. But games against Matt Ryan, Tony Romo, Drew Brees and Eli Manning make an undefeated season seem highly improbable.

Prediction: 14-2 (losses at Dallas, and at Atlanta)