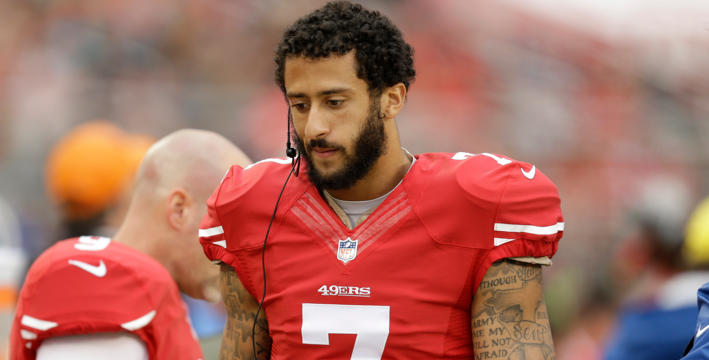 By nearly all accounts, Chip Kelly’s time with the Philadelphia Eagles was best described as catastrophic. After essentially being kicked out the door with one game remaining in the 2015 season, many were shocked that Kelly found a new home with the San Francisco 49ers weeks later.

San Francisco is coming off its worst season since 2007, and is hoping Kelly can turn the franchise around. That was supposed to start with helping quarterback Colin Kaepernick rediscover his abilities, as Kelly has long been considered a quarterback whisperer.

That no longer seems possible, as reports state that Kaepernick’s agents have asked the 49ers for permission to seek a trade.

Kaepernick had a nightmare 2015 season and was eventually benched in favor of Blaine Gabbert. There was plenty of animosity between Kaepernick’s camp and the 49ers’ front office when this ordeal took place, but Kelly’s hiring was supposed to help smooth things over.

Even Kelly appears to be out of the loop regarding this situation, as one day earlier he told reporters, “He (Kaepernick) wants to be here. He’s never expressed to me that he didn’t want to be here. He expressed to me that he’s excited about getting healthy and getting going. And we’re excited about him getting healthy and getting going.”

Kaepernick underwent three surgeries this offseason and was supposed to make $11.9 million this season with the 49ers. However, if San Francisco releases him before April 1, they can avoid paying this hefty salary. If the 49ers do in fact choose to part ways with their franchise quarterback, Blaine Gabbert becomes the only viable option on the roster.

It’s the kind of horrific scenario that only seems to take place when Chip Kelly is in charge.