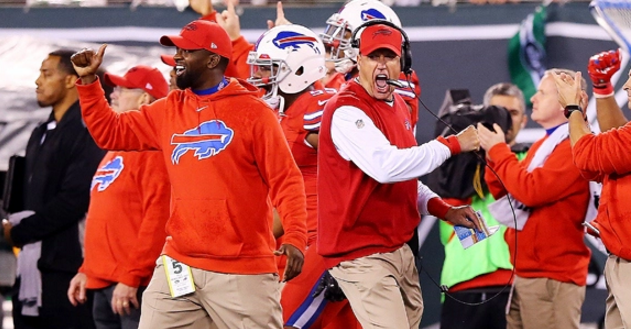 However, this year’s absence is unique from the previous four seasons for the Jets. After consistently underperforming with Ryan in charge, they fired the enigmatic head coach who quickly found a new home within the AFC East.

With the Jets facing a “win and you’re in” scenario, Ryan and his Buffalo Bills certainly relished the opportunity to eliminate his former squad from the playoffs.

Thanks to three fourth quarter interceptions by Ryan Fitzpatrick, the Bills squeaked out a 22-17 victory over the Jets. Bills receiver Sammy Watkins had an impressive 11-catch performance, and Tyrod Taylor made enough plays to help Ryan finish .500 in his first season in Buffalo.

As usual, Ryan had some controversial words following the game. Telling the media the Jets’ roster this season was much more talented than any squad he had while coaching there, many considered it a jab at former Jets general manager John Idzik.

Ryan struggled to form a serviceable offense during his tenure in New York, and blamed much of it on the personnel made available to him. Under first-year head coach Todd Bowles and general manager Mike Maccagnan, the Jets finished 12th in offensive efficiency, which ranks higher than any of Ryan’s six seasons with New York.

While Ryan might still be bitter with how his departure from New York played out, he can take solace in knowing he remains the most hated man among Jets fans.