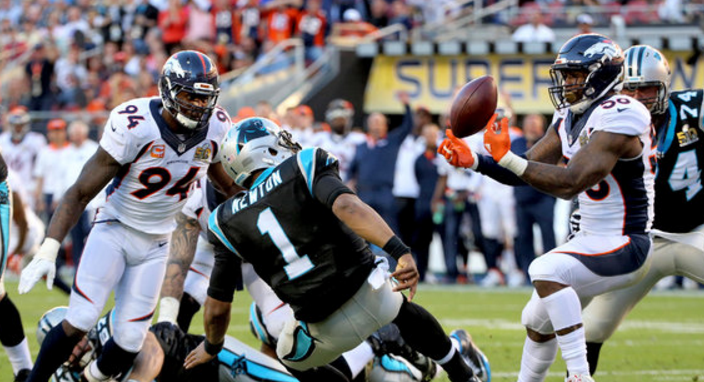 Super Bowl 50 was a game we had already seen before. It had different players, different teams and different personalities, but the narrative was identical to the Super Bowl from two years prior.

Only this time, the Denver Broncos came out on top.

After their humiliating loss in Super Bowl 48, Denver completely revamped their roster to assemble the most intimidating defense in the NFL. Their 24-10 victory was a testament to the old adage that is constantly said, but rarely understood: “defense wins championships.”

Carolina’s defense is no slouch by any means, but their heavy reliance on MVP Cam Newton led to their own downfall. Newton looked uncharacteristically frazzled throughout the game, almost as if the moment was too big for him to handle.

The moment wasn’t too big for the Broncos though, who flat out looked like the better team. Despite an almost nonexistent offense, they dominated for all four quarters. The defensive game-plan was similar to what they did in the AFC Championship Game – get pressure on the quarterback to force him into mistakes he wouldn’t normally make.

Carolina’s receivers struggled to create separation from Denver’s sticky secondary, resulting in an unimpressive 18-for-41 passing day by Newton. With running back Jonathan Stewart scoring the lone touchdown for the Panthers, it was the first time since October 26, 2014 that Newton didn’t have at least one rushing or passing touchdown.

Following the game, a shocked and disappointed Cam Newton didn’t say much to the media, but told Carolina fans, “we will be back.”

If Newton and the Panthers are to follow through on that guarantee, they better start assembling an even better defense.