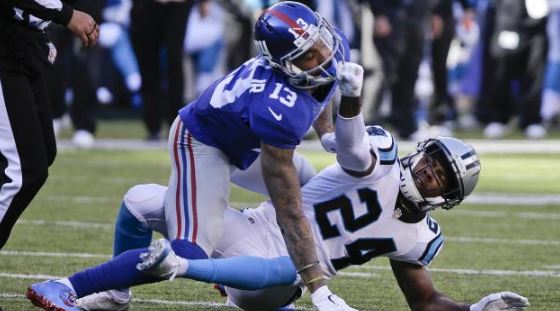 The bad blood between Odell Beckham and Josh Norman emerged as one of the most intriguing storylines of 2015. It officially surpassed the Richard Sherman-Michael Crabtree rivalry, becoming the premier wide receiver-cornerback showdown in the league today.

However, since the Panthers and Giants compete in different divisions, many felt it would be a rivalry that wouldn’t occur again anytime soon. Fast forward to the offseason though, and everything has changed.

Norman left the Panthers and signed a five-year, $75 million deal with the Washington Redskins, meaning he and Beckham will both be competing in the NFC East for the foreseeable future. Neither man has been shy about the looming matchup, with Beckham adding even more fuel to the fire in a recent interview with GQ.

Beckham told the magazine, “the reason he’s [Norman] become so relevant is because of me,” and added it was a “smart business move for him.”

Becoming the highest paid defensive back in the league was obviously a smart business move for Norman, but whether or not it was a smart football decision remains to be seen. The All-Pro cornerback left a Panthers team that went 15-1 last regular season and finished one win short of the first Super Bowl in franchise history.

The Giants and Redskins aren’t viewed by many as Super Bowl contenders entering the 2016 season, but considering how competitive Norman and Beckham are, the two times they square off this season (September 25 and January 1) will feel as if the Lombardi Trophy is on the line.