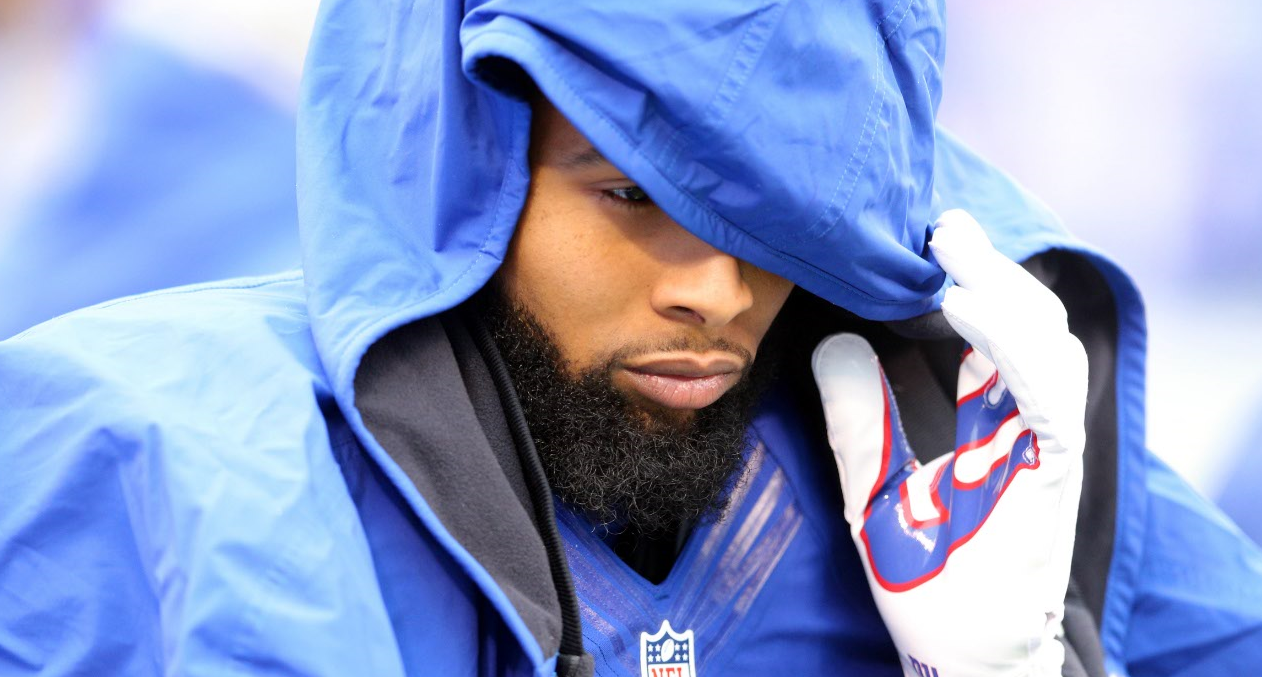 Following their crushing 38-13 defeat at the hands of the Green Bay Packers, enigmatic New York Giants wide-out Odell Beckham Jr. reportedly punched a hole in a wall and banged his head through a door. This came on the heels of a rough individual day against the Packers secondary, and took place immediately after his post-game interview.

Beckham was targeted a total of 11 times by quarterback Eli Manning, but was only able to haul in 4 receptions for a measly 28 total yards. The star receiver from LSU had opportunities but suffered three key drops on plays downfield.

Unsurprisingly, many are linking Odell’s pedestrian game to the photo that surfaced earlier in the week of the team’s trip to Miami. The photo features multiple Giants receivers shirtless on a boat following the end of the regular season, and led to numerous headlines questioning the team’s focus level. Beckham has disputed any theories linking his poor play to the boat photos, but the 2nd-team All-Pro certainly didn’t look at all like himself on Sunday.

His outbursts are well-documented, from his endless up-and-down saga with the kicking net to his brawl last season with Josh Norman, making the news of the punched wall less than startling. It’s entirely understandable that Beckham would be emotional after the loss, but with more maturity comes the realization that everything he does – no matter the significance – will be scrutinized and discussed.

Although taking out anger on an inanimate object isn’t bringing any direct harm to another, Beckham should be a bit more thoughtful of how his actions will be perceived by others. At just 24 years old, Beckham is expected to be the leader of a young, talented New York receiving corps. He has all the talent in the world, but if he wants his team to see even more success down the line, he must set a good example of professionalism for his fellow teammates.

With the Giants now entering the offseason, he will have plenty of time to think about that.