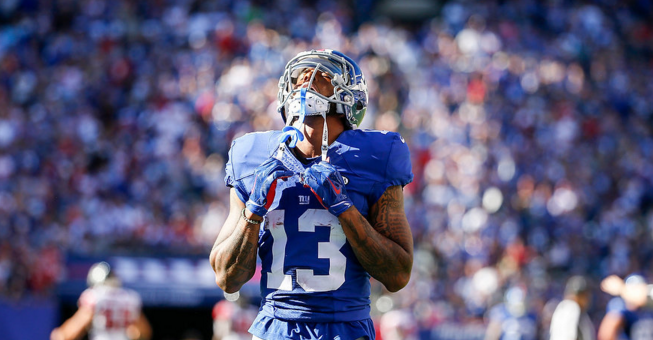 Odell Beckham Jr. will not take the field this week when the New York Giants take on the Minnesota Vikings. After appealing his one game suspension following the Giants’ loss to the Carolina Panthers, jointly appointed appeals officer James Thrash denied Beckham Jr.’s appeal.

The Giants are in the thick of the embarrassing NFC East playoff race, and will sorely miss their No. 1 playmaker. Sitting one game back of the Washington Redskins (7-7), Beckham Jr.’s absence will be difficult for Eli Manning and Co. to overcome.

While the Giants are disappointed the former LSU Tiger won’t be taking the field, so too are fantasy football owners. With Week 16 serving as fantasy football championship week, plenty of rosters are devastated to be missing their No. 1 wide receiver.

After a dominant rookie campaign, Beckham Jr. has continued his stellar play this season and lived up to lofty preseason expectations. Tied with a league-high 13 receiving touchdowns and third with 1,396 yards, Beckham Jr. is a key reason his team (Giants) and fantasy football teams worldwide find themselves in the thick of the playoff hunt.

In a personal statement released on Twitter following his appeal being denied, Beckham Jr. said, “I apologize to my teammates, the Giants organization, and to all fans of the NFL.”

But unless he has a brilliant waiver wire suggestion for fantasy owners, all is certainly not forgiven.