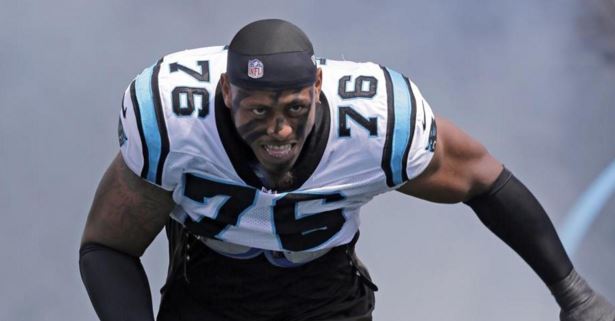 Set to take on the Denver Broncos in Super Bowl 50, the 17-1 Panthers enter as 5.5 point favorites to win their first Lombardi Trophy in franchise history. With their current roster laden with talent, it’s easy to forget the long and difficult journey Carolina took to get to this point.

Any organization can cut ties with players who aren’t producing, but Carolina faced the opposite issue at the end of last season. Star defensive end Greg Hardy was one of the best pass rushers in the game, and was in the prime of his career when Carolina decided to part ways with him.

Unlike other franchises (looking at you, Dallas), Carolina wasn’t willing to look past Hardy’s criminal record simply because he was good at pressuring the quarterback. When Deadspin released photos of the physical abuse Hardy’s girlfriend suffered, it only confirmed the Panthers were correct in their choice to release him.

Despite his consistent production as a member of Carolina, the Panthers’ defense performed at an elite level without him this season. It was a firm reminder of the importance of team chemistry, as linebackers Luke Kuechly and Thomas Davis have been the vocal leaders of the extremely tight-knitted group.

The opposite could be said of Hardy’s latest home – the Dallas Cowboys – whose defense struggled to mesh and was rumored to have plenty of locker room turmoil. With the latest reports now suggesting Hardy won’t be returning to Dallas, his career is suddenly up in the air.

That makes a Denver win in Super Bowl 50 all the more important for Hardy, as he is hoping no one realizes what has become abundantly clear – every NFL team is better off without the defensive end.