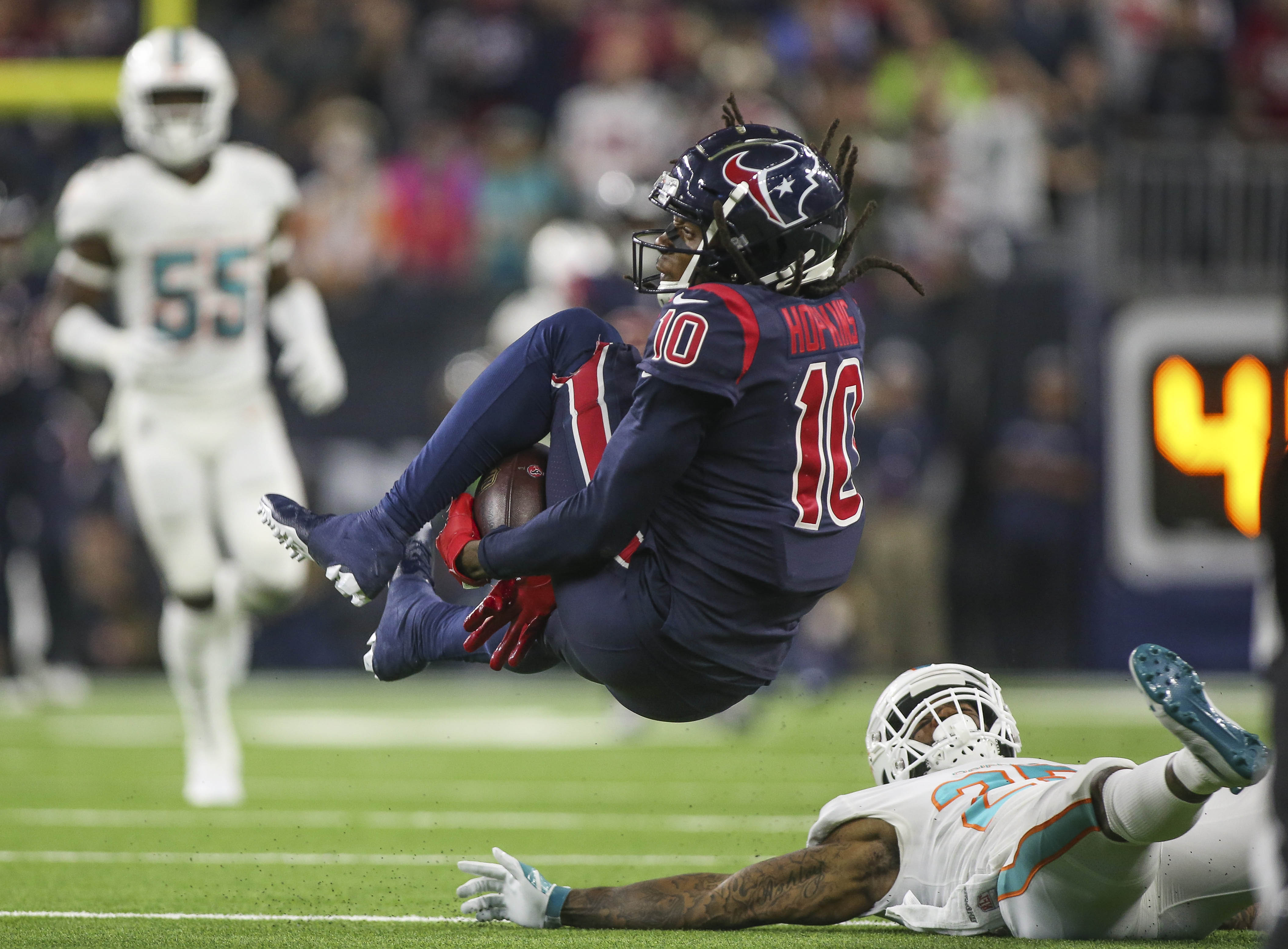 The race for the No. 1 pick is well underway. Oakland, who will have three first-round picks in April’s draft, is in a great position to have a top-three pick. A loss to the 49ers would go a long way in helping Oakland reach its desired position in the draft.

The Bills have scored 11 points over the past two weeks and have failed to crack the 13-point mark their past five contests. To make matters worse, the historically bad Nathan Peterman will be starting against Chicago this weekend — what could go wrong?

Down to their third-string quarterback and sporting the NFL’s worst turnover margin (-13), the 49ers are on the fast-track to a top-three pick. Rookie quarterback Nick Mullens will get the start against Oakland. Home games against the Raiders and the Giants are winnable, but at this point the 49ers might be better off losing.

The Cardinals offense was dormant for three quarters and entered the fourth trailing 12-3. Rookie QB Josh Rosen orchestrated two touchdown drives over the final 11 minutes of action, punctuating his performance with a nine-yard TD pass to Christian Kirk with 34 seconds remaining. Arizona now has an extra week to prepare for their trip to Kansas City.

Back-to-back poor showings have dropped the Jets to 3-5 on the season. While the rushing attack has been effective, New York must get more out of its passing game. Sam Darnold is only averaging 200 yards per game — the fifth worst mark in the NFL.

Another Cleveland loss finally resulted in change. Head Coach Hue Jackson and offensive coordinator Todd Haley are out, putting Gregg Williams is now in charge. Cleveland is in need of a culture change and getting rid of Jackson was a step in the right direction.

Fitzmagic is BACK. After four Jameis Winston interceptions put the Bucs into a 34-16 hole, Tampa turned to Ryan Fitzpatrick. Fitzpatrick completed 11-of-15 passes for nearly 200 yards and two touchdowns, resulting in a 34-34 game. Although the Bucs would fall on a last-second field goal, Fitzpatrick did enough to win back the starting job.

Andrew Luck and Marlon Mack have the Colts’ offense rolling. Since Mack’s return to the lineup three weeks ago the Colts have averaged 37.5 PPG. If the defense improves over the next few weeks, Indy’s offense is explosive enough to make the Texans sweat.

The Cowboys trail Washington by two games in the NFC East and are currently out of the playoff picture. Currently winless on the road, it is vital that the Cowboys take care of business this week at home. With road trips to Philadelphia and Atlanta on deck, Dallas cannot afford to lose to the Titans.

Three-straight losses have the Titans reeling. While you never want to lose three in a row, two of the losses came by only one point. The Titans have the best defense in the AFC South, but their offense must produce at a higher rate for the team to succeed.

Jacksonville’s struggles continued across the pond against the Eagles. A fourth-straight loss has sent the Jags into a last place tie with the Colts in the South. In sending Dante Fowler to the Rams, the Jags did well to pick up two mid-round draft picks over the next two drafts.

Week 8 result: Lost to Kansas City 30-23
Up Next: vs. Houston
Trend: +2
For the second time this season the Broncos played Kansas City well. Unfortunately, Denver once again fell short of victory. In the aftermath of their defeat, Denver sent its longest-tenured player, Demaryius Thomas, to the Texans. It will be fascinating to watch the receiver go up against his former team this weekend.

The Dolphins were dismantled by Deshaun Watson and the Texans on Thursday night. At 4-4, the Dolphins remain in the thick of the playoff race. However, things are trending in the wrong direction. If Miami wants to push for a playoff spot, it must take advantage of its upcoming schedule — vs. NYJ, @ GB, @ IND, vs. BUF.

The Lions were embarrassed by Seattle this past weekend. Already sitting at the bottom of the NFC North, things are about to get tougher for the Lions. Detroit is entering the meat of their schedule — @ MIN, @ CHI, vs. CAR, vs. CHI, vs. LAR.

Week 8 result: BYE
Up Next: @ Washington
Trend: -3
Nobody would entirely blame Atlanta for having a down season following the rash of injuries suffered in the first few weeks of the season. But after starting 1-4, the Falcons are going for their third-straight win. A victory over the Redskins would drastically improve Atlanta’s postseason outlook.

Make it five in a row for the Texans. After dominating the Dolphins, Houston now holds a two-win advantage over the rest of their division. Deshaun Watson had his best game of the season and is beginning to look like himself following last year’s knee injury.

It wasn’t pretty, but the Eagles will take the victory. In addition to climbing back to .500, the Eagles made a splash at the trade deadline by trading for wide-out Golden Tate. Once Tate is acclimated to his new digs, the speedy receiver should thrive in Philly.

The Seahawks are beginning to look like a dangerous team. Winners of four of their last five, Seattle has found success by running the ball effectively and shutting down opposing teams via their better-than-expected defense. Seattle can make a major statement over the next three weeks — vs. LAC, @ LAR, vs. GB.

Washington has relied on the legs of Adrian Peterson and a stout defense to lead the team to victory. The Redskins, winners of three-straight games, acquired Ha Ha Clinton-Dix from Green Bay in hopes of strengthening their already-good defense.

The Bengals barely survived the Fitzmagic experience, putting an end to their two-game losing streak. Cincy’s bye week comes at a perfect time for the team. An extra week of rest and preparation is highly beneficial before facing the high-powered Saints.

The Packers had their chance to knock off LA but ultimately failed. Ty Montgomery, who lost a costly fumble late in the 4th, and Ha Ha Clinton-Dix were shipped out of town at the deadline. A meeting between Rodgers and Brady will be a treat for viewers, but the Packers will be hard-pressed to avoid losing yet another game.

The Ravens have now lost 3-of-4 games to fall into third place in the AFC North. Joe Flacco is averaging 5.89 yards per attempt this month, the worst mark in the NFL. The defense is allowing a league-low 17.1 PPG — one would expect better than a .500 record.

Back on track after two losses to AFC East foes, the Bears eased past the Jets at Soldier Field. Injuries may be Chicago’s biggest worry at this point. Khalil Mack and Allen Robinson didn’t play against New York, and the Bears lost their right guard, Kyle Long, to a foot injury. If Long is out of action for an extended period of time, Chicago’s offense will be hurting.

Lose the turnover battle, lose the game. Following their loss to the Saints, Minnesota is 0-3-1 in games in which they turn the ball over more than the opposition. The NFC North is an open race, but Minnesota will need its defense to start playing up to their capabilities if they want to return to the playoffs.

After finding themselves atop the AFC North following their bye week, the Steelers built on that momentum by handling the Browns. A win in Baltimore would be huge for a few reasons. Not only would it boost their playoff odds, but handing the Ravens a fifth loss would put quite a bit of room between the two rivals.

The Panthers left Philadelphia with a ton of confidence, and it showed this past weekend against the Ravens. Carolina imposed their will upon Baltimore and had the game won well before half. Carolina currently holds the No. 5 seed in the NFC.

The Chargers haven’t been a good team on the road the past few years. So, heading into Seattle wouldn’t inspire much faith. That being said, the Chargers have a chance to make a huge statement this week. With games against the Raiders, Broncos and Cardinals coming up, LA has a chance to put together an impressive winning streak.

A sixth-straight win courtesy of a 10-point victory in Minnesota has the Saints dancing on Bourbon Street. New Orleans has looked terrific since their opening week loss, and now has the chance to take down the undefeated Rams. Both teams will be in the playoffs, but the outcome of this game could determine home-field advantage in the NFC.

Kansas City continues to impress. A season-sweep over the Broncos brings KC’s record to 7-1. After playing a Browns team in the midst of turmoil, the Chiefs have an easy home game against the Cardinals. Then it’s off to Mexico City for a meeting with the undefeated Rams.

New England didn’t play well in Buffalo and still managed to win by 19. If they were looking ahead to this week, nobody would blame them. It doesn’t get better than Rodgers vs. Brady.

The Rams played arguably their worst half of the season against Green Bay, and yet still found a way to win their eighth game in a row. A win in New Orleans would go a long way in helping the Rams earn home-field advantage throughout the NFC Playoffs.