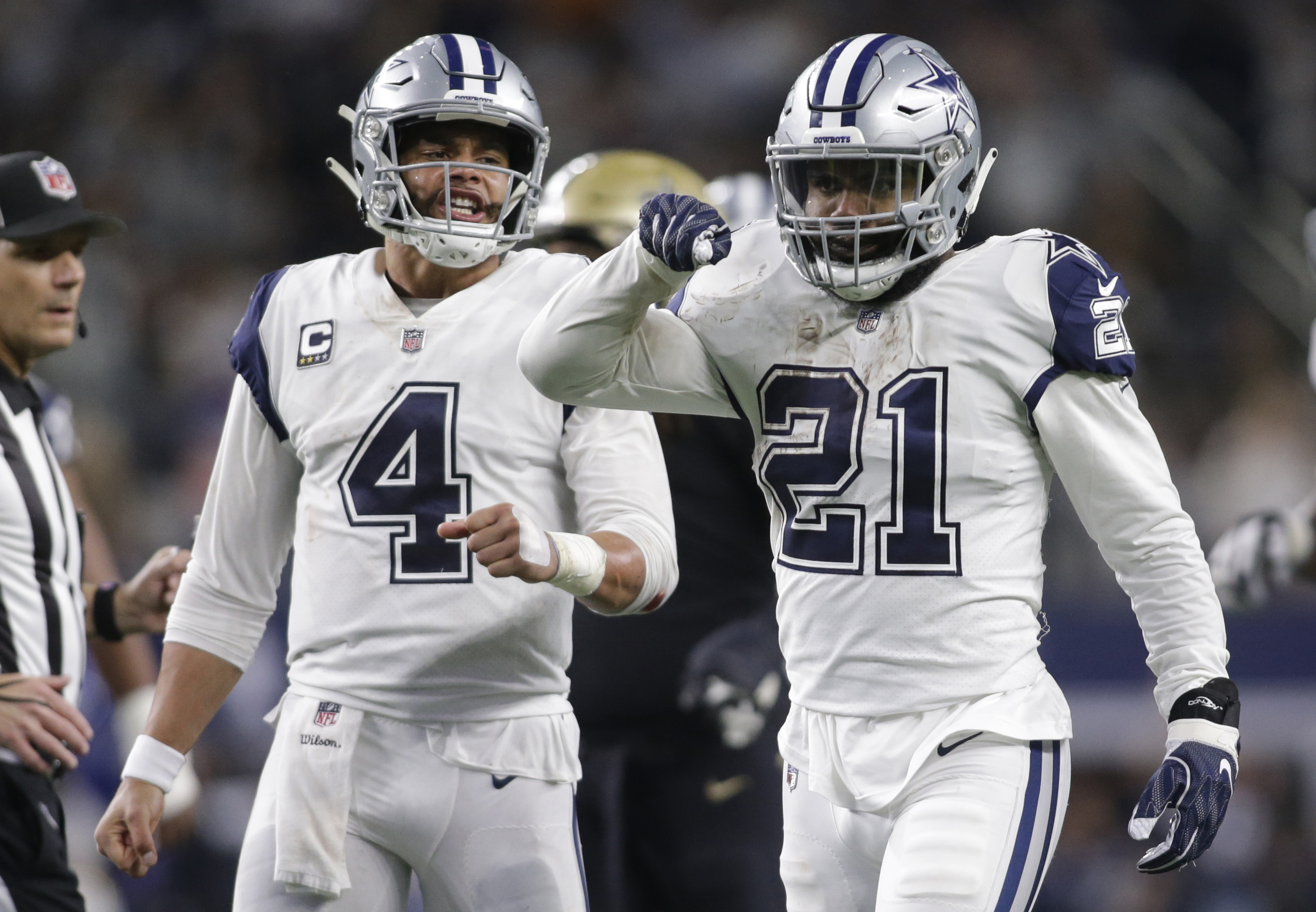 The Raiders — especially Derek Carr — played some of their best football of the season. The offense had no trouble moving the ball against Kansas City, but the defense likewise couldn’t stop the Chiefs. With the Bears and Cowboys both looking like playoff teams, the best case scenario for Oakland is to lose each remaining game.

Despite Nick Mullens passing for over 400 yards and two touchdowns, San Francisco was blown out of the water by the Seahawks. One positive takeaway — rookie running back Jeff Wilson Jr. flashed in a big way. Wilson looked more than capable, totaling over 130 yards for the plummeting Niners.

The Cardinals aren’t going anywhere this season but that doesn’t mean a victory in Green Bay will be any less satisfying. Arizona’s defense limited Aaron Rodgers to only 233 yards and one score. Unfortunately, Christian Kirk and Mike Iupati being placed on injured reserve could hinder the development of Josh Rosen.

For 45 minutes Sunday, the Jets appeared to be headed for their fourth victory. Instead, New York surrendered 13 unanswered points in the fourth quarter to Tennessee. In a bit of welcome news for Gang Green fans, quarterback Sam Darnold should be returning to the lineup following a three-game absence.

Even in defeat, Buffalo’s string of improved play continued against the Dolphins. The Bills two-game winning-streak came to an end, but it wasn’t the worst day of the year. Buffalo’s defense largely contained Miami’s attack and Josh Allen had arguably his best performance of the year — 231 passing yards, 135 rushing yards, and two touchdowns.

The Bengals nightmare of a season continued against Denver. A fourth-straight loss dropped Cincy to 5-7 on the season and realistically ended all hopes of a potential playoff spot. A.J. Green is in need of surgery to repair a damaged toe and is expected to miss 3-4 months.

Where has that been all season? Jacksonville’s defense finally played up to its potential, shutting out Andrew Luck and the previously-unstoppable Indy attack. The offense can’t rely on the defense to play this well every week, but the Jags did enough to put an end to their seven-game losing-streak.

It has been a highly-disappointing and forgettable season for the Lions. The Matt Patricia experience doesn’t seem to be working, but the first-year coach should improve his record over the next two weeks. Road games against Arizona and Buffalo should be wins for the Lions.

Andrew Adams, come on down. Adams, an undrafted third-year safety, hauled in three interceptions against Carolina. Tampa is quietly within reach of a wild card berth. Although extremely unlikely, Tampa has a chance. The Bucs would love nothing more than to hand New Orleans a second-straight loss this weekend.

The Giants must not want a Top-5 draft pick. In winning its third game in the past four weeks, New York is no longer sitting at the bottom of the standings. With winnable games against Washington and Tennessee up next, it will be curious to see if the Giants continue to worsen their draft position.

Baker Mayfield was put through the ringer in Houston. During the first half, three-straight Cleveland possessions ended with a Mayfield interception — leading to 13 points for the Texans. In what amounted to be a learning experience for the rookie QB, Mayfield did a good job bouncing back in leading Cleveland to two second half touchdowns.

With a relatively easy schedule ahead of them — @ GB, vs. AZ, @ CAR, @ TB — the Falcons have a chance to gain some momentum heading into the offseason. Realistically, Atlanta may be better off shutting down its stars and focus on heading into the break healthy.

The Dolphins are still alive. However, they may be cooked after the next two weeks. It will be tough to beat either the Patriots or Vikings — the latter coming in Minnesota. If they can split the next two games, however, the Dolphins will be favored in their final two games versus Jacksonville and Buffalo.

A home-loss to the lowly Cardinals was the straw that broke Mike McCarthy’s back. McCarthy’s tenure officially ended after 13 seasons at the helm. We wouldn’t be surprised to see Aaron Rodgers light up the Falcons this weekend in light of the coaching change.

Ouch. Backup quarterback Colt McCoy became the second Washington QB to break his leg in the last three weeks. In addition to losing their top two QB’s, the Redskins have seen three offensive guards go down for the season. Time to wave the white flag.

Tennessee’s season was on the verge of ending against the Jets, only for New York to fold and allow the Titans to erase a 16-point deficit keeping their season alive. In what is sure to be a defensive battle, the Titans will look to beat Jacksonville for the second time this year.

Philly has a chance to climb back into first place with a win in Dallas this weekend. Regardless of the outcome, something is off with this team. The Eagles seem to have plateaued and face an uphill battle the rest of the season — @ DAL, @ LAR, vs. HOU, @ WSH.

The Panthers didn’t need that. A fourth-straight loss has put Carolina in a tough spot. The Panthers remain only a half-game behind Minnesota for the final playoff spot, but still have to play New Orleans twice.

Denver’s three-game winning-streak has put the team in playoff contention — but the good news stops there. Wide-out Emmanuel Sanders injured his leg in practice Wednesday, and the belief is that he tore his Achilles.

The Colts ran into last year’s version of the Sacksonville Jaguars’ defense. Repeated failures on fourth down led to a goose egg for the day. Indy can still make the playoffs but this week’s matchup with Houston is a virtual do-or-die game.

Dallas’ defense put together one of the year’s most impressive performances. In holding New Orleans to only 10 points, Dallas held the Saints 27 points below their season average. Dallas can all but lock up the NFC East with a victory over Philadelphia this weekend.

Lamar Jackson’s struggles in the passing game once again were nullified by his prolific rushing ability. Jackson and Gus Edwards combined for over 150 yards on the ground, as the Ravens won their third game in a row. The Ravens lead Miami, Indy, Denver and Tennessee for the final playoff spot.

The Seahawks did what they were supposed to do and annihilated their former rivals. Seattle is in a great spot heading into Week 14 — as the franchise currently occupies the No. 5 seed in the NFC. A win over Minnesota would put a two game cushion between themselves and the Vikings for the first wild card spot.

For one half the Steelers looked like Super Bowl contenders. The other half, Pittsburgh looked like a team ready to call it quits. After racing out to a 23-7 lead at the break, the Steelers allowed the Chargers to score 18 points in the fourth quarter to complete the comeback.

Will the Texans lose another game this year? Houston’s commanding victory over Cleveland made it nine-straight for the franchise, vaulting the team to the No. 3 seed in the AFC. After starting the season 0-3, Houston could potentially end up with a first-round bye.

Game 2 without Mitchell Trubisky wasn’t a success. The Bears fell in overtime to the surging Giants, but not much changed in regards to the postseason due to Minnesota’s loss keeping distance between the two rivals. If Trubisky isn’t able to play against the Rams, Chicago will be staring at back-to-back losses.

What a win for the Chargers. Trailing by 16 at halftime, LA surged past Pittsburgh to claim its ninth victory of the year. The Chargers remain only one game behind Kansas City in the AFC West. The race for the division title is still in full swing.

Bravo to the Kansas City Chiefs organization for doing the right thing and releasing Kareem Hunt.

With Kareem Hunt out of the picture in Kansas City, New England may once again be the favorite to come out of the AFC. The Pats defense has strung together back-to-back solid performances and is starting to click at the right time.

The Saints had not scored less than 21 points all season. Only twice had they been held to under 30. Then, heading into Dallas sporting a 10-game winning-streak, the Saints were held to 10 points against the Cowboys. New Orleans is fine, but they did lose control of the No. 1 seed in the NFC.

The Rams had two victories this week. LA’s win combined with New Orleans’ loss resulted in the Rams reclaiming sole possession of first place in the conference. The Bears represent the Rams toughest remaining game. 15-1 is very much in play.