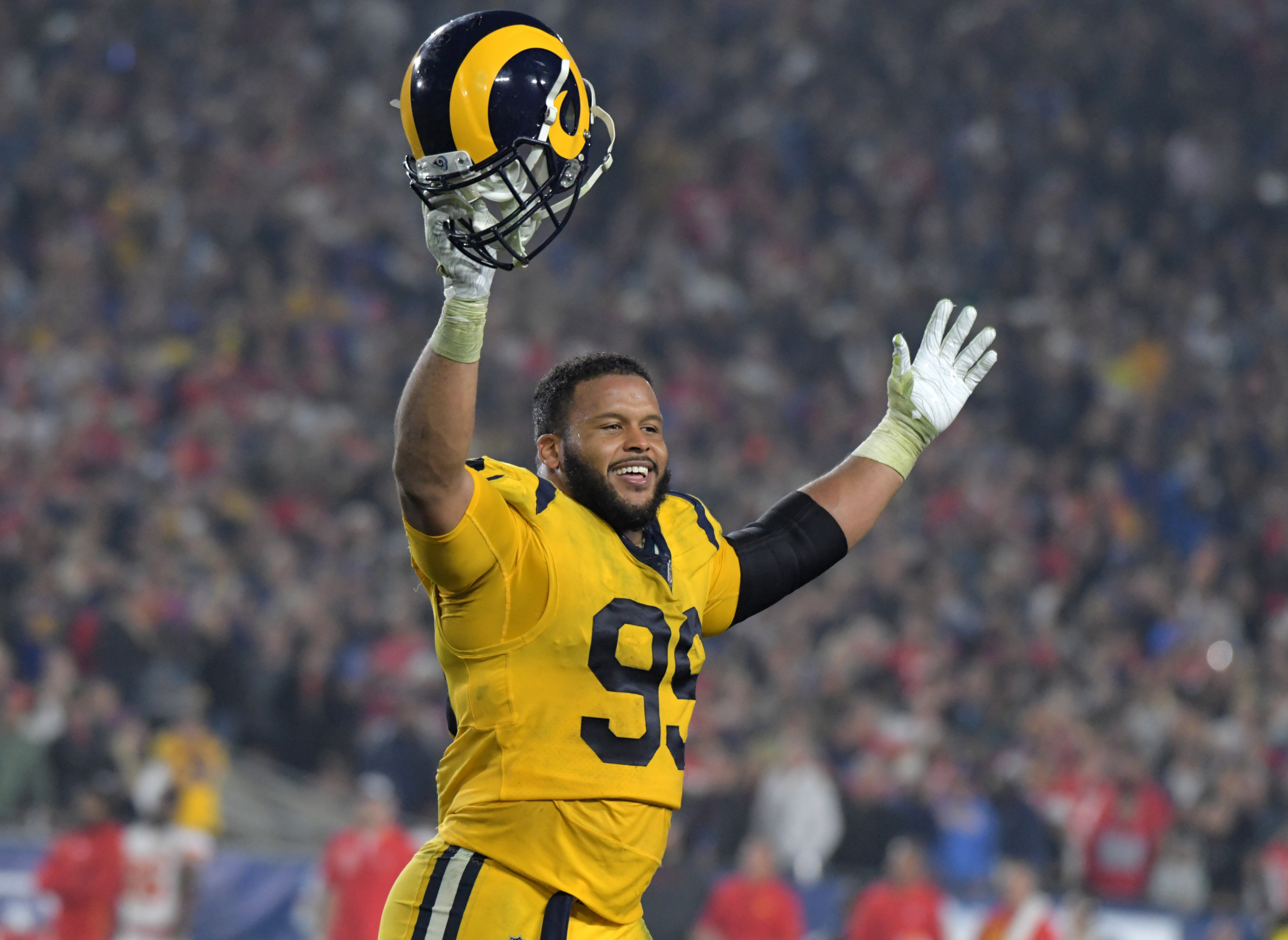 Jon Gruden chest-bumped like the Raiders had just won the Super Bowl. The reality —  a two-point victory over a fellow two-win team with a rookie quarterback under center. Oakland should tank for the top pick.

The Cardinals were big winners this past weekend. A loss to Oakland keeps the franchise in contention for the No. 1 pick in the upcoming draft. On the field, David Johnson had his best game of the season — finishing the game with 137 yards on the ground.

The entire AFC East had last week off. If facing New England isn’t tough enough, giving the Pats an extra week to prepare for the Jets is almost mean. Gang Green will be lucky to stay within two touchdowns.

The last time these two teams met it was in the playoffs. Less than a year later, this contest consists of two deeply-troubled teams. Buffalo shouldn’t be able to muster much offensively — even against a team that may have given up on the season.

The 49ers have a winnable game on their hands this weekend, but should they want to notch another victory? San Francisco may be better off adding another high-end talent to a promising core that includes George Kittle and Matt Breida.

The QB carousel in Tampa continued last week as Ryan Fitzpatrick was pulled following three interceptions. Jameis Winston is back in the starting lineup against San Francisco — but don’t be surprised if Fitzpatrick finds himself back in the game.

Back-to-back wins have suddenly given the Giants a slight bit of hope going forward. A win in Philadelphia this weekend would make things very interesting, leaving the G-Men within striking distance of Washington and Dallas in the NFC East.

Kerryon Johnson and Kenny Golladay may be the lone bright spots for Detroit this season, but the franchise surely is thrilled with their promise. Johnson continues to perform like a capable NFL-level back, while Golladay has entrenched himself as the No. 1 receiving option.

In Baker Mayfield and Nick Chubb, Cleveland believes it has its quarterback and running back of the future. With Ben Roethlisberger nearing the end of his career, the AFC North is Cleveland’s for the taking in the upcoming years.

For the first time since dominating New England, Jacksonville played like the team that reached the AFC Championship last year. Unfortunately, the team collapsed in the fourth quarter and lost its seventh game of the year.

Ryan Tannehill returns to the starting lineup this week with his team still in the playoff picture. Despite being an average team Miami is alive thanks to playing in a division with the Jets and Bills. Miami has two games remaining with Buffalo — giving the Fins a good chance of staying in the race until the end.

An impressive win over the Chargers should boost Denver’s confidence heading into this week’s matchup with the explosive Steelers.  Phillip Lindsay and Bradley Chubb may sweep Rookie of the Year honors. In order to take the next step, Denver will have to upgrade its QB room.

One of the most disappointing teams so far, Atlanta’s season is on the brink following its home-loss to Dallas. While this season has been a failure to this point, Atlanta has plenty to be excited about going forward. Also, Julio Jones has finally found his way back to the end zone.

The Eagles are not Super Bowl contenders. New Orleans made that painfully clear as they stomped on the defending champs’ throat last week. And while things appear to be dire, Philly still has a chance to win the abysmal NFC East.

The Bengals aren’t the same team without A.J. Green. Mercifully, Green is on track to play against Cleveland this week after having missed the past two games. Cincy is still a postseason hopeful but they must win this weekend.

Week 11 result: Lost to Indianapolis 38-10
Up Next: @ Houston
Trend: -4
The Titans continue to be a much better team at home. Tennessee plays four of its last six games at home — but any hope the Titans have of winning the AFC South may hinge on their matchup in Houston this weekend.

With a win on Thanksgiving Day the Cowboys can claim first place in the NFC East. At this point in time, the ‘Boys appear to be the most complete team in the division. They should handle the Alex Smith-less Redskins, but we’ve seen the Cowboys disappoint many times before.

Can anybody stop Andrew Luck? Luck and the Colts’ offense has been downright dominant. The Colts are beginning to look like a playoff team — one that nobody would want to face in an elimination game.

Lamar Jackson’s first start confirmed what everyone thought they knew — he is a threat running the ball, yet poses almost no threat in the passing game. Baltimore won’t be able to rely on Jackson running the ball 20+ times the rest of the way.

Brutal. Absolutely brutal, Alex Smith’s injury was truly horrific. Not only does it end his season (and possibly career) but it could result in the ‘Skins becoming an afterthought in the playoff picture. It will be hard to make a run without Smith behind center.

Aaron Rodger’s Seattle nightmare continued on Thursday night. The Packers left Seattle without a victory yet again, and now trail the Bears by three games in the win-column. This week’s game has become a must-win for Green Bay.

Week 11 was a great week for Seattle. In addition to their win over Green Bay hurting the Packers, the two teams currently above Seattle in the playoff picture — Carolina and Minnesota — also lost. The Seahawks’ postseason fate could be heavily influenced this weekend.

The Vikings control their destiny in the NFC. A win over Green Bay would essentially eliminate one of the main threats to Minnesota’s playoff lives. Can the Vikes D step up and shutdown Rodgers?

Seven-straight victories for Houston. Back-to-back road victories have helped Houston push its lead in the AFC South to two games. The division is far from decided, but the Texans should feel good about their ability to make the playoffs.

With only an extra-point needed to send the game to overtime, Carolina opted to go for two and the win. They failed. A risky decision given their narrow lead in the wild card race, if the Panthers fail to make the playoffs Ron Rivera’s decision to go for two will be thrust back into the limelight.

The Chargers’ six-game winning-streak came to an abrupt end against their rival. Luckily for LA, Kansas City’s loss kept the franchise within reach of the AFC West lead. An under-the-radar stat — LA is 16-6 over its past 22 games.

The Bears have now won four in a row and are looking like a threat in the NFC. However, the status of Mitchell Trubisky’s injured throwing-shoulder will be closely watched. If the second-year QB isn’t able to play on Thanksgiving Day, Chicago will rely on Chase Daniel to get the job done.

The Patriots benefited from Kansas City’s loss this week — putting the Pats only one game behind KC in the loss-column. Look for Tom Brady and friends to take out all of their anger on the poor New York Jets this weekend.

The Steelers were shutdown by Jacksonville’s defense for the better part of three quarters before stunning the Jags late in the fourth. Pittsburgh now holds a healthy lead over the rest of their division, and hold a slight edge over New England for the No. 2 seed in the conference.

The Chiefs became the first team in NFL history to score 50 points and lose. Although deflating, the loss will not do much to hinder the Chiefs’ mindset. KC’s offense is unstoppable and they are beginning to create a lot of pressure upfront on defense. The Chiefs will be just fine.

Todd Gurley had his worst game of the season — 94 total yards — and the Rams still put up 54 points. Aaron Donald remains the most dominant player in football. How fun would a rematch in the Super Bowl be?