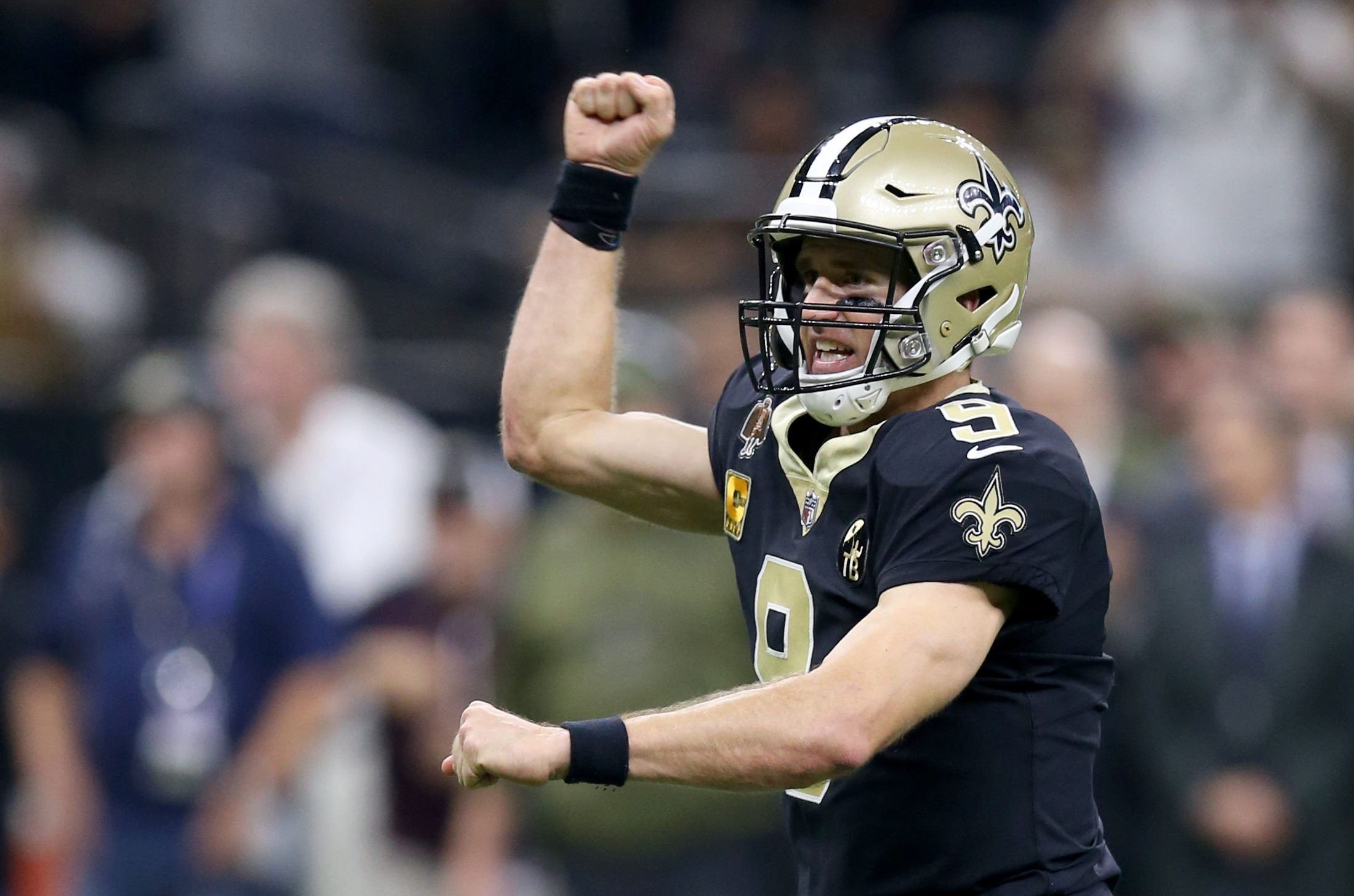 Week 9 result: Lost to San Francisco 34-3
Up Next: vs. Los Angeles Chargers
Trend: —

The Raiders are garbage. Bruce Irvin has become the third ‘important’ Raider to be jettisoned by Jon Gruden this year. Is Derek Carr next?

Three more Nathan Peterman interceptions — including yet another pick-six — led to another humiliating defeat. Losers of four-straight, the Bills have scored a total of 46 points since their Week 3 victory in Minnesota.

What a debut for quarterback Nick Mullens. Making the first start of his career, the Southern Miss product completed 16-of-22 passes for 262 yards and three touchdowns. Mullens will again start for the 49ers on Monday night. It is always a good feeling to beat a rival, but will the 49ers victory prove costly at the end of the year?

Through eight games, the Cardinals are 2-0 against San Francisco, and 0-6 in its other games. A trip to Kansas City seems like a sure loss. Arizona’s main focus the rest of the way should be to protect QB Josh Rosen and continue to develop its young players.

After a decent start to the season things have taken a turn for the worse for Sam Darnold and the Jets. New York’s offense has been stymied three weeks in a row, and now Darnold is expected to miss this weeks game against Buffalo. It may be time for a coaching change in New York.

While their co-tenants are happy about their future at quarterback (Darnold), the Giants are stuck with the miserable play of Eli Manning. An offense that features Saquon Barkley and Odell Beckham Jr. shouldn’t be stuck in the mud. New York’s 18.8 PPG rank 27th in the NFL.

Cleveland may have two wins, but the atmosphere surrounding this team is turbulent. Baker Mayfield has struggled mightily for most of the year. Making matters worse, Cleveland’s defense has allowed at least 33 points in four of their last six games.

The final score against Carolina isn’t indicative of the beating Tampa took. Carolina raced out to a 35-7 lead and sleepwalked the rest of the way, allowing Tampa to make the game appear more respectable. One positive — Ryan Fitzpatrick threw four touchdown passes for the third time this season.

Dallas’ first home loss of the season couldn’t have been more deflating. After falling to the Titans, Dallas sits two games behind Washington in the NFC East. With Sean Lee expected to miss significant time, Dallas may see its season crumble within the next few weeks.

Denver’s chances of winning the AFC West are over. Case Keenum has thrown too many costly interceptions (10) and Vance Joseph’s decision making still leaves a lot to be desired. Denver’s next three games are tough — @ LAC, vs. PIT, @ CIN. Don’t be surprised if Joseph doesn’t make it through the season.

Detroit’s frustrating season continued in Minnesota last week. Injuries and inconsistent play have kept the Lions down — as they now sit in last in the NFC North. Fortunately, Kerryon Johnson has been stellar, giving Detroit their first legitimate running back in years.

Jacksonville has been horrendous after starting the season 3-1. However, running back Leonard Fournette is on track to play Sunday for the first time since Week 4. The Jags should try to get Fournette rolling early and often if they hope to knock off Indy.

Week 9 result: BYE
Up Next: vs. Jacksonville
Trend: +4
Indy has won two-straight games — albeit against two awful teams — and have plenty to be optimistic about. Andrew Luck continues to improve, Marlon Mack is back in the fold, and their 2018 draft class has been dynamite. Don’t count the Colts out.

While the Dolphins are still very much within reach of a playoff spot, there isn’t much about this team that will excite you. The biggest reason for Miami’s 5-4 record is the play of their secondary. Miami leads the league with 15 interceptions.

After starting the season 4-2, Baltimore looked like a serious contender in the AFC. Only three weeks later the Ravens are sitting below .500 and are in desperate need of a spark. While there is still plenty of time to turn things around, the shouts for Lamar Jackson will grow louder if the losing-streak continues.

Week 9 result: Defeated Dallas 28-14
Up Next: vs. New England
Trend: +5
A stellar defensive performance combined with Marcus Mariota’s best outing of the year equated to a 14-point victory in Dallas. Tennessee is still very much alive in the AFC South, but they will need Mariota to duplicate what he did against the Cowboys.

The Seahawks had a chance to tie the game late, but ultimately came up a few yards short. While not a must-win game, the Seahawks can drastically improve their playoff chances by knocking off the Rams in Los Angeles.

Even though it isn’t in the prettiest fashion, Houston continues to win. Their sixth-straight victory has put the team firmly in the playoff picture. While Watt, Hopkins and Watson get most of the attention, defensive back Kareem Jackson has been an unsung hero for the team.

Despite getting embarrassed at home by Atlanta, Washington remains atop the NFC East standings. In order to keep their position in the division, the Redskins must produce more through the air. Tight end Jordan Reed is the leading receiver through eight games — and he has a minuscule 340 yards.

There is no shame in losing back-to-back road games to the Rams and Patriots. The Dolphins may have a winning record, but Green Bay will be happy to see them this week. However, they will not be excited about trips to Seattle and Minnesota in the following weeks.

The good news for Cincinnati — a 5-3 record has them in the playoffs at the moment. The bad news —  star receiver A.J. Green will miss at least two games due to an injured toe. Already missing their star tight end, Cincinnati cannot afford to be without Green for more than two weeks.

Through a bevy of injuries and a 1-4 start, the Falcons have climbed back to .500 and have reasserted themselves in the playoff picture. With winnable games against the Browns and Cowboys coming up, Atlanta has a golden opportunity to make a run back to the postseason.

Losses by the Redskins and Cowboys meant Philly improved its standing in the division while idle. A win over Dallas this weekend would further their chances while simultaneously putting a huge dent in Dallas’. Look for Golden Tate to have a big debut game alongside Carson Wentz.

Chicago must be feeling good after winning two-straight games without Khalil Mack. After two disappointing defensive efforts against Miami and New England, Chicago’s defense has rounded back into form. A victory over Detroit would help put distance between Chicago and their division rival.

Trailing only Chicago in the NFC North, Minnesota has an extra week to prepare for their showdown at Soldier Field next week. If Chicago holds serve this weekend, their Week 11 matchup could go a long way in deciding who has the inside track to win the division.

Sitting in sole possession of first place in the AFC North and building momentum, Pittsburgh is asserting itself as one of the best teams in the conference. Their matchup Thursday with Carolina will be a huge test. However, the distractions continue. In addition to Le’Veon Bell’s ongoing drama, Antonio Brown was cited for driving over 100 mph Thursday morning.

The Panthers finally have an opportunity to prove to a national audience how good they are. Sporting a 6-2 record and heading into Pittsburgh as one of the league’s hottest teams, Carolina can vault into the Super Bowl discussion with a victory over the Steelers.

The Chargers have now won five games in a row. Their victory in Seattle is easily LA’s most impressive victory thus far. Looking at their next three games — @ OAK, vs. DEN, vs. ARI — there is no reason as to why the Chargers shouldn’t be 9-2 heading into their matchup with Pittsburgh.

The Chiefs will be 9-1 after this week. With that out of the way, who is ready for the Chiefs and Rams to square up next week? A potential matchup between two 9-1 clubs is too tantalizing.

While the meeting between Brady and Rodgers didn’t quite live up to the hype, New England claimed its fifth-straight victory. Facing a Tennessee team coming off an impressive win won’t be an easy task. However, the Pats would love to extend their lead over Miami in the AFC East with another win.

In knocking off the previously undefeated Rams, New Orleans declared itself a legitimate title contender. The Saints benefited from poor refereeing in the first half, but they clearly outplayed LA en route to a 35-17 halftime lead. After squandering the lead, New Orleans scored 10 unanswered points to claim victory. Certainly a massive win, but the Saints need to play better defensively moving forward.

The Rams played an awful opening stanza in New Orleans. Still, Los Angeles showed why they were undefeated heading into the game. It was unlikely they were going to run the table, so one loss away from home to an elite opponent isn’t enough to drop the Rams from the top spot.