The start of this NFL season has been difficult to gauge. Talented teams like the Giants and Chargers are inexplicably sitting at 0-4. The Jets and Bills were expected to be tanking this season, but are a combined 5-3 over the first four weeks. This sort of parity has created a wide-open playoff race. Let’s take a look at a few teams whose fortune will change as the season wears on:

1-Win Team That Can Win A Wildcard Spot: Cincinnati Bengals Cincinnati looked like the worst team in football for the first few weeks of the season. A win this past week against the Browns is hardly something to write home about. Why is it that we believe they could end up stealing one of the AFC Wildcard spots?

Well for one, they have the talent. A.J. Green remains one of the best receivers in the league. Andy Dalton has struggled early on, though an improving offensive line should help out his overall numbers. Rookies Joe Mixon and John Ross are waiting to break out. Tyler Eifert will eventually come back. In his absence, Tyler Kroft has looked solid. Their defense is experienced – led by Geno Atkins and Vontaze Burfict.

Most importantly, the AFC Wildcard race is more wide-open than the NFC. The Raiders have regressed. The Ravens can’t score. The Jets and Bills will likely trail off. The AFC South won’t have more than one playoff team. It’s an open race that could be won if Dalton and Green start to heat up.

2-2 Team That Can Win Their Division: Washington Redskins The Redskins were a Josh Doctson catch away from having the most impressive resume in the NFL. Wins over two contending California teams (Rams and Raiders) are likely the two best wins for any 2-2 squad. Now they enter their bye week in a winnable NFC East with the division’s best quarterback and hottest defense. Are we missing something here?

Kirk Cousins lost his top-two receivers from last year and hasn’t missed a beat – averaging 8.3 yards per pass attempt with seven touchdowns to just one interception. They’re deep at receiver, with Chris Thompson and Vernon Davis getting most of the shine through the first quarter of the season. Losing Josh Norman for a month hurts, but this front-seven has been dominant against good offensive lines.

Just look at the rest of that division. The Giants haven’t won since they took the boat out for a spin. Dallas is realizing the results of winning – having to face off against the Packers and Falcons while Washington gets the Vikings and Saints.

Philly leads the division at 3-1, and already beat the Redskins in Washington. However, they may have the roughest schedule of them all with a December that includes road tilts against the Seahawks and Rams, and a home game against the Raiders. As great as Carson Wentz has been, he might be another year away from winning those types of games down the stretch.

1-Loss Team That Will Miss The Playoffs: Carolina Panthers The last few on the Cam Newton bandwagon are starting to finally come around…as he just isn’t very good. Carolina has raced to a 3-1 record highlighted by an enormous Week 4 victory over the hosting New England Patriots. Just like in their Super Bowl season, the Panthers have relied on their stout defense led by All-World linebacker Luke Kuechly and the ageless Thomas Davis.

In the tough NFC South though, we just don’t buy the Panthers as a serious contender.

Newton looks as sporadic as ever throwing the ball. His overall numbers are fine, but he struggled mightily in his first three games before facing the Pats. He’s turned the ball over five times, and that could have been more had he not recovered a few of his own fumbles. The offensive line hasn’t been able to protect Cam (12 sacks given up) or create any lanes in the running game.

That 15-1 team was second in the league in rushing yards and tied for first in rushing touchdowns. This team is 14th in yards and both of their rushing touchdowns have come from Newton himself. Christian McCaffrey is great, but the best way he’s been deployed thus far is as a decoy. Kelvin Benjamin looks slow and Greg Olsen is on IR. They can only get by for so long in that division filled with high-powered offenses. 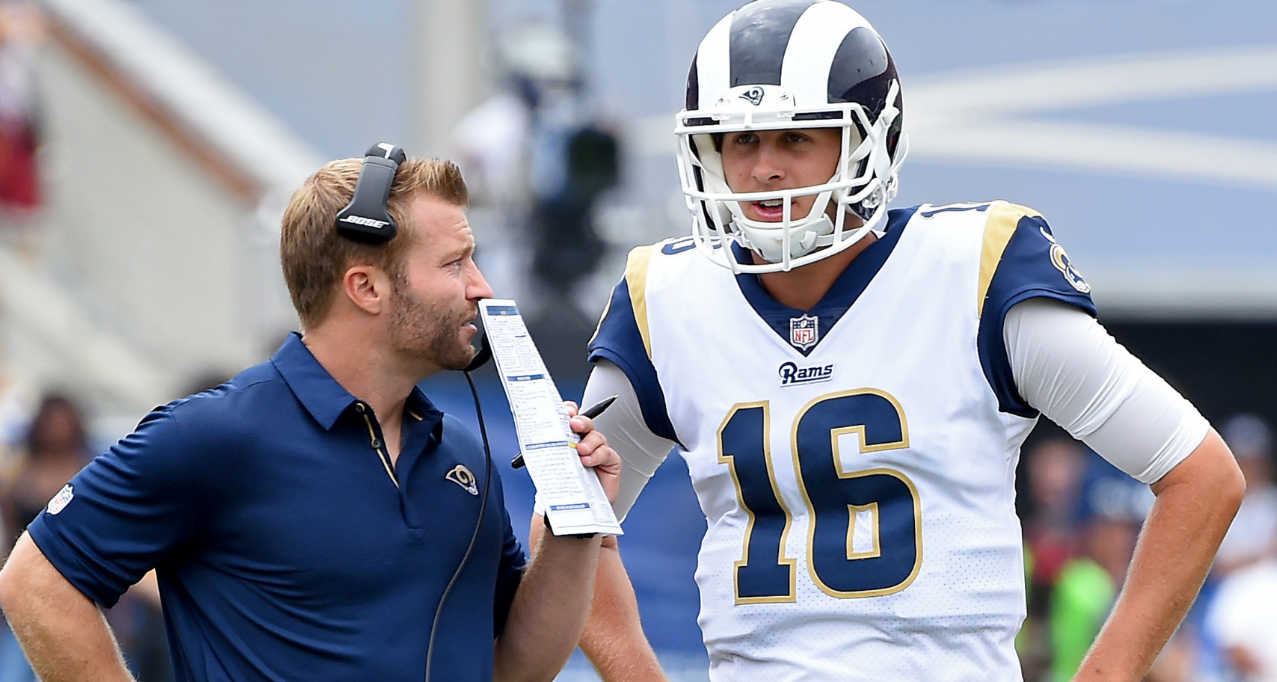 This or That? Picking Which Quarter-Season Surprises Are More Likely To Continue