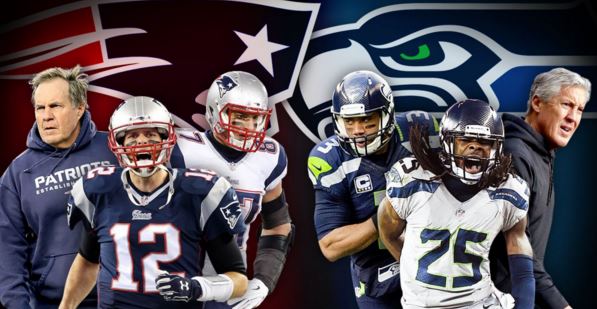 The NFL hasn’t had the same two teams meeting in the Super Bowl since the Dallas Cowboys and Buffalo Bills in 1993 and 1994. With the New England Patriots looking like the best team in the AFC when fully healthy, and the Seattle Seahawks currently playing their best football of the season, a Super Bowl 50 rematch seems inevitable.

It’s safe to say no team in the league could play elite football with their top four pass-catchers out, and even the mighty Patriots are no exception. Missing Julian Edelman, Danny Amendola, Dion Lewis and Rob Gronkowski has been brutal for Tom Brady, but the Patriots still find themselves in the thick of the home-field advantage discussion.

RELATED: History Suggests The New England Patriots’ Losing Streak Could Be A Good Thing
Unimpressive performances against the Denver Broncos and Philadelphia Eagles have many forgetting that this team hasn’t lost a game with Edelman on the field. The former Kent State quarterback is expected back for the playoffs, Amendola already returned, and Gronkowski should be back in the next two weeks.

A healthy Patriots squad has proven to be an unstoppable one, and with Brady set to get his key playmakers back come playoff time, another Super Bowl appearance appears likely.

While Brady and the Patriots have hit a bit of a rough patch, in the other conference, Russell Wilson and the Seahawks are surging. Seattle has won five of their last six, and is coming off their most impressive performance of the season – a 38-7 humiliation of the Minnesota Vikings.

Still bolstering one of the best defenses in the league, it has actually been the resurgence of the offense that now has this team clicking on all cylinders. The offensive line has improved dramatically, Russell Wilson is arguably playing the best football of his career, and Thomas Rawls is playing like Marshawn Lynch’s identical twin.

Sitting at 7-5 as the No. 6 seed in the NFC, Seattle is a team no one wants to face. That narrative has become all too familiar of a Seahawks team looking to make their third consecutive appearance as the NFC’s representative in the Super Bowl.

As the odds continue to improve with each passing week that the Seahawks and Patriots meet for Super Bowl 50, only one thing is certain – it’s a rematch everyone wants to see.