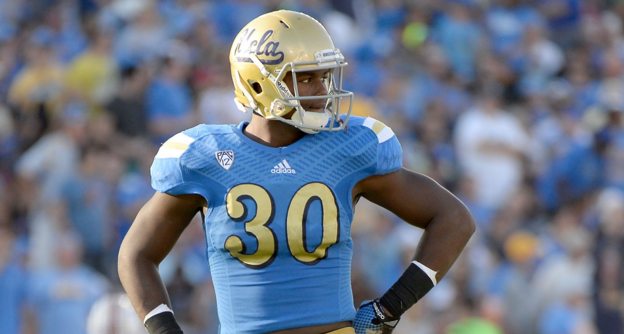 Myles Jack, the former UCLA linebacker who appeared to be a lock for a top-10 pick as recently as a week ago, was selected with the 36th overall pick by the Jacksonville Jaguars.

After suffering season-ending torn lateral meniscus during a UCLA practice in September, Jack left the school to focus on his rehab. He wasn’t cleared for physical activity until March, a mere five days before UCLA’s pro day. Jack displayed many of the tools that made him a highly sought after prospect, but didn’t run the 40-yard dash, resulting in teams questioning the health of his knee.

As more questions continued to surface, Jack told the New York Post on Wednesday that the injured knee might require microfracture surgery down the road and that degenerative issues are there.

“Down the line, possibly, I could have microfracture surgery, potentially,” he told the Post. “Who knows what will happen? Nobody knows how long anybody is going to play in this league. To play three years in this league would be above average.”

Subsequently, a source told ESPN’s Adam Schefter that Dr. James Andrews, who examined Jack in December, told the linebacker on Friday that he does not need microfracture surgery.

Before Day 2 of the NFL Draft, Jack posted a video of himself on Twitter dunking a basketball with ease. With a slew of NFL players backing Jack and urging their teams to pick him, it wasn’t a surprise to see him come off the board early in the 2nd round. According to Schefter, Jacksonville came close to making Jack the 5th overall pick on Thursday and miraculously ended up with both of them.