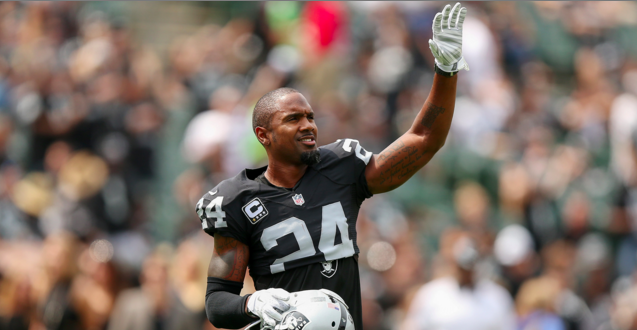 Future Hall of Famer Charles Woodson retired from football this past season, but Woodson has already made it clear he will remain involved with the NFL. The 18-year veteran has signed to become ESPN’s newest NFL analyst, and will join the Sunday NFL Countdown and Monday Night Countdown crews.

Ecstatic over his new opportunity, Woodson released a statement saying, “I look forward to carrying on their strong tradition and gaining the respect of those who came before me and those who will follow me. I’m extremely honored and can’t wait to get started.”

Having just completed his final season with the Oakland Raiders, Woodson will take some time off before starting his ESPN career in July. He will be joining a long line of former athletes who have turned to a broadcasting career after their NFL playing days.

ESPN is also thrilled with the hire, as senior coordinating producer Seth Markman said, “Charles is one of the most accomplished players of his era, and he is held in such high regard by players, coaches and fans for the way he played the game and led his teams.”

Woodson was always a fan favorite, and spent his 18 years with two franchises – the Oakland Raiders and Green Bay Packers. Currently 5th all-time with 65 interceptions, Woodson is a surefire inductee into Canton, Ohio.

Woodson won’t be donning a Raiders or Packers jersey for the first time since 1997, but that doesn’t mean fans won’t still get to see him in action every Sunday and Monday.