To gear up for the fantasy football season, we had 12 of our staff members congregate for a 5-round, 1-point PPR mock draft. Following the event, each writer gave a quick recap of their team to provide some insight on their thought process. Here are the results:

I would have been kicking myself all year long if I let Gurley slip to No. 2. The Rams are committed to getting him involved, evidenced by the four-year extension they handed him this offseason. Sean McVay understands Gurley’s importance towards Jared Goff’s (and the overall team’s) success. Having the probable No. 1 back gave me the confidence to splurge on a QB when the draft turned around. With Rodgers, I have the projected No. 1 player at two positions, giving me an advantage heading into every week. Hill’s big-play ability will work perfectly with Patrick Mahomes, and Landry got an upgrade at QB after leading the league in receptions last year. With my last pick, I took a flier on Penny, who is likely the second rookie back coming off the board in every format.

Taking Le’Veon Bell with my first pick was an easy decision. I prefer Bell to Gurley, so this was a slam dunk with Bell still available. Bell is the ultimate PPR player, regardless of losing touches to Antonio Brown. With most of the big-time receivers off the board, I decided to double down on do-everything backs and grabbed Christian McCaffrey with my second pick. If McCaffrey’s numbers improve on the ground this year, I believe he will be a future top-10 pick. Adam Thielen was a tough choice, as I also debated taking T.Y. Hilton and Stefon Diggs. Ultimately, I like Thielen’s game and think he can explode with Kirk Cousins now in town.

With my fourth pick, Marvin Jones provides my team with another high upside player. Jones doesn’t generate as many catches as teammate Golden Tate, but he is a bigger threat in the red zone. Finally, I took Cam Newton with my fifth pick. With Rodgers, Watson, Brady, and Wilson off the board, Newton provided the best chance of winning the league. Newton’s ability to pick up yards and touchdowns on the ground was too enticing to pass up.

With the third-overall pick in the draft, it was a tough decision between Elliott and David Johnson. In the end, I went with the back I knew would receive tons of touches behind one of the best offensive lines in football. I’m bullish on Evans having a more touchdown-laden season with a healthy Jameis Winston. Collins is the undisputed top dog in Baltimore, and Wilson is as steady as they come from the quarterback spot. His numbers should improve assuming that Rashaad Penny is the real deal. Funchess will further establish himself as the top receiving option for Cam Newton.

Here’s something no one has EVER said in a PPR league: “Damn, picking Antonio Brown screwed up my whole season.” Antonio Brown is a PPR savant, and was a no-brainer when he fell to me at fourth. Devonta Freeman is a high-volume RB1 playing in an explosive offense. With Andrew Luck back in action, I expect T.Y. Hilton to remind football fans how good he is in 2018. Does Tom Brady need much of an explanation? He’s coming off a 32-touchdown, eight-interception campaign, and we already know age isn’t a concern. With my final pick, I went for the pure PPR play. Chris Thompson might not see 30 carries all season, but that won’t stop me from slotting him in as my RB2. Playing alongside Alex Smith — the king of dump-offs to running backs — there’s a very real chance he posts 90+ catches this season.

Johnson falling into my lap at five was perfect. Fully healthy from last year’s wrist injury, the 26-year-old looks primed for a monster season. Gronk is the best tight end in the league. I simply liked him better than Devonta Freeman (splitting carries with Tevin Coleman), Mike Evans (shoddy QB play), and Christian McCaffrey. I’m projecting a bit on Mixon. He’s got a ton of talent, and should get the opportunity to touch the rock a bunch. Demaryius Thomas is now playing with much more of a stable option behind center. He should be the beneficiary of Case Keenum’s high-percentage throws. Much like Mixon, I’m also projecting on Luck. When healthy, few can produce in a similar fashion. I’m hoping this gamble pays off in a big way.

It was tough to skip on Hopkins in a PPR-league, but the upside of Kamara was too high to resist. Even when Mark Ingram gets back, Kamara figures to be heavily used in the running and passing attack. With a risk/reward pick like Kamara, I knew I wanted a player with a high-floor as my second pick. Green is a lock for 1,000+ yards every year he’s healthy, and this is really a make or break year for Cincinnati’s offense. McCoy also shares a similar floor to Green, as long as the Buffalo rusher can clear himself of any legal trouble. Tate and Robinson both play on what should be improved offenses in 2018. Tate has been 90+ catches every season, and I like the value of a No. 1 like Robinson at the tail end of the fifth round.

Kamara was my guy, and then he was gone. Harris broke my heart, and so I settled for Hopkins. I’m not too mad about it though since Hopkins is a top-three receiver and is a great start to my team. Growing up in the suburbs of Chicago and rooting for the Bears has been rough. However, I like Jordan Howard. I couldn’t pass up the only decent offensive player I’ve been able to cheer for since Matt Forte was a Bear.

I may have reached a tad bit by taking Travis Kelce in the third round, but I believe he’s worth it. Kelce is essentially a big-bodied receiver and consistently puts up great numbers. I love me some JuJu, so naturally I couldn’t pass on him in the fourth round. I expect Smith-Schuster to continue his meteoric rise. With my fifth pick I decided to acquire a prime FLEX player. Julie Ertz’s husband, Zach Ertz, is a terrific player. With Hopkins and Kelce already on my squad, Ertz provides extra depth. Julie Ertz also plays for the Chicago Red Stars, so naturally I had to support her and Chicago by taking her man.

I went with the pretty standard RB-WR-WR-RB-QB format for my first five picks. Getting last year’s leading rusher — who is poised for a bigger workload in 2018 — is a pretty good coup with the eighth pick. From there, I went with a high-upside play in Davante Adams. I always prefer receivers in fantasy who are catching passes from elite quarterbacks, and none sling it better than Aaron Rodgers. Within that same token, I drafted Russell Wilson’s No. 1 target with my next pick. With Jimmy Graham and Paul Richardson both gone, that should only result in more targets for Baldwin.

Joining the eventual Super Bowl champions midseason, Jay Ajayi never got fully comfortable in his new surroundings. With a full offseason to get acclimated, I expect Ajayi to post a monster season and establish himself as the unquestioned lead back. Content with my two running backs and two receivers, I was able to take an elite signal caller in Carson Wentz with my final pick. Before an ACL injury ended his season, Wentz looked to be the MVP frontrunner. The Eagles didn’t lose anything on offense, meaning Wentz should have no issue replicating (or improving upon) last season’s numbers.

Fournette is more of a proven commodity when compared to Saquon Barkley or Dalvin Cook. Melvin Gordon is decent — though his ceiling is limited by playing in such a pass-happy offense. Thomas is on the verge of superstardom. By year’s end, he could be a top-three fantasy receiver. The same can be said for Diggs, as he surely will see an uptick in production by playing with more of a downfield thrower in Kirk Cousins. Cooks has legitimate big-play ability. With Sean McVay pulling the creative strings, look for Cooks to touch the ball early and often in games. Garoppolo will carry last year’s momentum with him into this season. Head coach Kyle Shanahan is an offensive-minded guy — and one which will put Garoppolo in the best situation to succeed.

Quarterback is clearly the least of my worries. With this much talent available, I couldn’t rationalize taking one of the top QB’s over a Barkley or an Allen. The Giants have too much invested in Saquon to not have him be heavily featured in the offense. Allen is a PPR-machine that might lead the league in receptions. Between picks Allen, McKinnon, and Fitz, I could be looking at 300+ catches combined (had 263 combined in 2017, and that was with McKinnon in a reduced role). Jeffery was a ‘best player available’ move, and he’s on a great offense that will score a ton of points.

Melvin Gordon can be a frustrating player, but his talent warranted a selection at No. 11. Dalvin Cook was an option as well, but Gordon isn’t coming off a major injury and should take another step forward this year. I couldn’t be happier nabbing OBJ with my second pick. I don’t trust Eli Manning, but OBJ has proven time and time again that he is one of the best receivers in football. If he is healthy, I expect big things from him.

In taking Derrick Henry with my third pick, I’m hoping Tennessee’s featured back will come into his own this year. It will be his first opportunity to be ‘the man’ on offense, and I anticipate a great year – and a lot of touchdowns. My second player coming off a major injury is Deshaun Watson. I loved what I saw out of Watson as a rookie. I agree with Jalen Ramsey that Watson is a future MVP. And hey, maybe he gets there this year. I wanted to grab one more receiver with my fifth pick, so I figured Jimmy G’s main man would be a good pick. Goodwin began to blossom with Garoppolo in town, and I have faith that he will continue to improve this year.

I’m looking at my squad as the all-upside team. Barring injury, all five guys should post higher fantasy totals than they did in 2017. An unfortunate ACL injury cut Cook’s year short, but he looked like a premier every-down back in limited action last season. Playing in a more explosive Vikings attack thanks to the addition of Kirk Cousins, Cook should have ample running room while also offering value as a receiver. Julio Jones is Julio Jones. Only three of his 88 catches went for touchdowns last season, which seems borderline impossible to repeat. I’m counting on more touchdowns from Julio in 2018.

Amari Cooper was painfully bad last year. However, there’s plenty of reason for optimism. He’s still only 24 years old, is the No. 1 receiver with Michael Crabtree now in Baltimore, and heads into 2018 knowing he has plenty to prove. Kenyan Drake is strictly a pick based on opportunity. He is the undisputed lead back in Miami, and should receive 16-20 touches per game. Any player with that amount of volume is well worth it as an RB2. And last but not least, I snagged the most consistent fantasy quarterback producer in NFL history in Drew Brees. After a “down year” with only 23 touchdown passes, Brees should return to his usual 30+ in 2018 thanks to a potent ground game that will keep defenses honest. 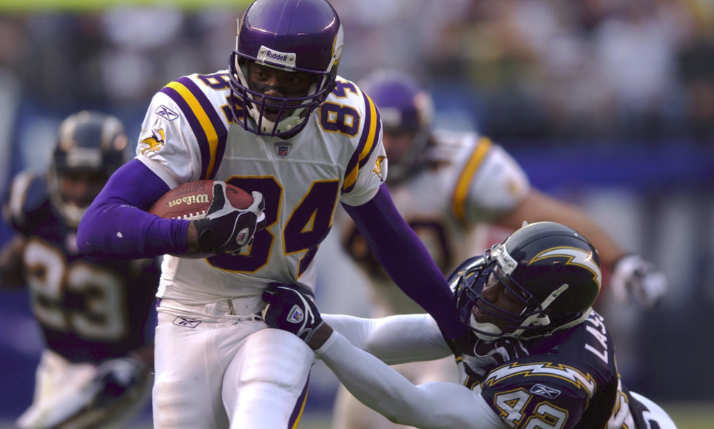