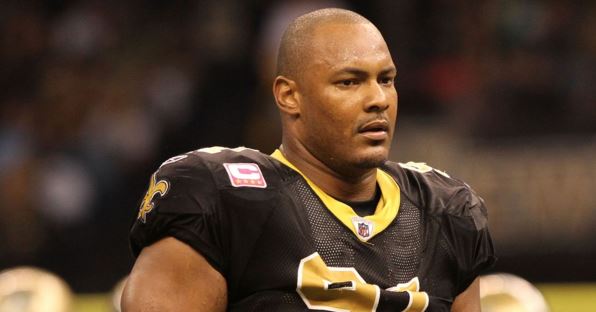 In a tragic incident on Saturday night, former New Orleans Saints defensive end Will Smith was shot and killed. The 34-year old veteran was shot multiple times along with his wife Racquel after an altercation in the Lower Garden District of New Orleans.

According to sources, Smith was involved in a minor accident with another driver, Cardell Hayes. After the crash, the two exchanged words until Hayes pulled out a handgun and fired it several times toward Smith’s Mercedes-Benz SUV.

While Racquel was shot in the leg, her injuries were not life threatening. However, Smith died at the scene of the crime. Hayes was arrested and charged with second-degree murder with bail set at $1 million.

Smith was a solid contributor on the field for the Saints. The former Ohio State Buckeye was with New Orleans for 10 seasons and compiled 459 total tackles, 67.5 sacks and 20 forced fumbles. He was the 18th overall pick in 2004 and helped the Saints take home Super Bowl XLIV.

The Smith family released a statement saying: “On behalf of the Smith family, we are thankful for the outpouring of support and prayers. We ask that you continue to respect the family’s privacy as they grieve the loss of a devoted husband, father and friend.”

In addition, many former teammates and friends of Smith’s within the NFL took to Twitter to express their sadness:

The situation is beyond heart-breaking. As for Smith’s family, one can only hope that Racquel will recover as soon as possible.