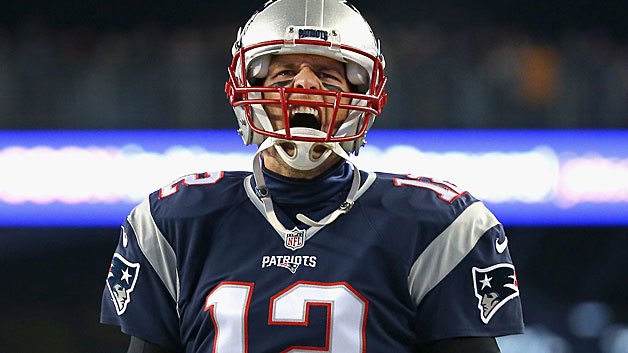 The New England Patriots escaped once again. Despite a sluggish, sloppy performance, the Patriots maintained perfection and now find themselves at 10-0. With an injury-depleted roster, the Pats knew a visit from Rex Ryan and the Bills would not be a walk-in-the-park, and they were completely right.

Buffalo outplayed New England for the first 29 minutes of the first half, but closed in horrific fashion. With the game tied at 3, Bills kicker Dan Carpenter missed a 48-yard field goal with 50 seconds left, and the Patriots capitalized. Brady marched the offense down the field, connecting with James White for a nifty 20-yard touchdown catch.

The Patriots took a 10-3 lead to halftime, and Ryan was displeased to say the least. He was screaming so many profanities on the sideline that even maniac Jim Harbaugh had to be impressed with the meltdown.

Of course, just like any other Ryan-Belichick showdown, this game came with some controversy. In the third quarter, Tom Brady scrambled to the sideline and found Danny Amendola streaking up the field for a big play. The only issue was that the sideline referee inadvertently blew his whistle, resulting in a 15-yard penalty tacked on to where Amendola caught the ball.

The Patriots regained their composure though, with James White scoring his second touchdown of the game to go up 17-10. Later in the third quarter, New England tacked on another field goal after forcing Leodis McKelvin to fumble on a punt return. The Bills managed to cut the lead to 20-13 late in the fourth quarter, but never got within striking distance of tying the game.

McCoy finished with 82 yards on the ground and caught six passes for 41 yards to surpass 100 yards from scrimmage for the fourth straight game. He continually made the opposition look silly, and proved to be the lone bright spot on offense for the Buffalo Bills. Malcolm Butler contained Sammy Watkins, and Tyrod Taylor struggled mightily to connect on deep passes.

At the end of the day, the Patriots did enough to stay perfect. Their defense was tremendous, and will need to put in a similar effort this week against a Brock Osweiler-led Denver Broncos team. No Julian Edelman/Dion Lewis has been no problem for New England thus far, as Amendola stepped in admirably with 9 catches for 117 yards.

However, the Patriots know they need to play much better if they are to achieve perfection.