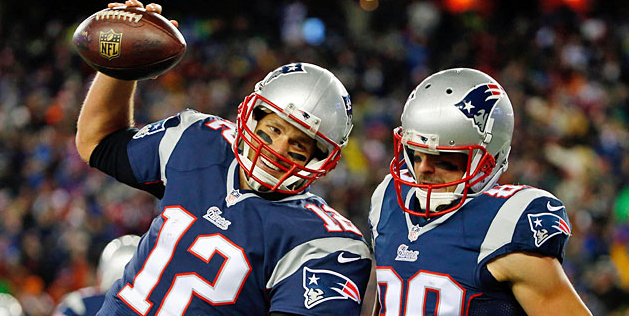 The New York Jets travel to New England to take on the Patriots in a highly anticipated Week 7 showdown. While the AFC East rivalry no longer contains the Rex Ryan-Bill Belichick storyline, the hatred still very much exists.

At 4-1, the Jets have been one of the most surprising teams thus far. After a tumultuous off-season involving a locker room fight that sidelined starting quarterback Geno Smith, back-up Ryan Fitzpatrick has stepped in admirably.

It’s safe to assume Smith won’t be taking over when he returns from injury, as Fitzpatrick has the offense rolling. The defense under first-year head coach Todd Bowles has also been phenomenal, as Darrelle Revis and Antonio Cromartie have helped form the strongest secondary in the NFL.

Of course, all of this optimism surrounding the Jets’ offense and defense can be eliminated after one game against the New England Patriots.

5-0 without breaking a sweat, the New England Patriots have been the most dominant team in the league. Scoring at least 28 points in every game this season, no one has come close to shutting the Patriots offense down.

The former Patriots cornerback who was the key ingredient to last year’s Super Bowl win now gets to square off against his former team. While it’s unclear whether he’ll match-up against Julian Edelman or Rob Gronkowski, the chess match between Revis and Brady is sure to be fascinating.

On the other side of the ball, the Patriots defense continues to improve with each passing week. They have a surprisingly difficult task in trying to slow down Chris Ivory, Brandon Marshall and Eric Decker, but knowing Bill Belichick, they will be more than up to the challenge.

This game has the feel of one where fans start declaring that the rivalry is back, only to watch the Patriots win by 40. But New England has to be careful, because if they win by too much, there could very easily be new Spygate or Deflategate accusations.

It’ll surely be a physical game, but the Jets are nowhere near good enough to steal a win in Foxborough. When Tom Brady retires 30 years from now, we can talk about the Jets challenging for the AFC East title.