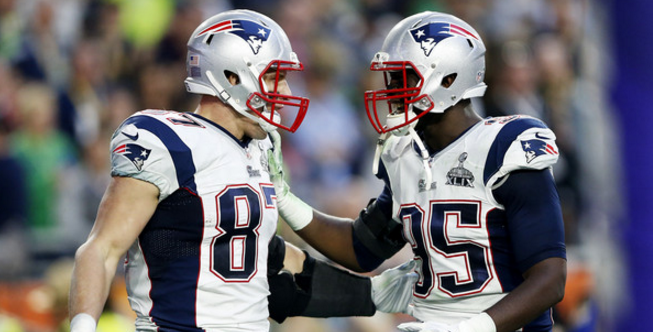 Chandler, the brother of UFC Light Heavyweight contender Jon Jones, led the Patriots with 12.5 sacks last season. It was good for the fifth most in the league, as the Syracuse alum has established himself as one of the most relentless pass rushers in the NFL.

The 4-year veteran has a total of 36 sacks in his career, and is a key addition for a Cardinals squad that struggled to pressure opposing quarterbacks. Despite last season’s NFC Championship Game appearance and elite defensive unit, the Cardinals ranked 20th in the league with a total of 36 sacks.

While Jones was a crucial member of New England’s defense, defensive end is one of the few areas where the Patriots have tremendous depth. Jones is set to become a free agent after the 2016 season, and with Rob Ninkovich, Jabaal Sheard and two 2015 draft picks capable of filling his massive void, it made sense for New England to get something in return for Jones while they still could.

After last season’s embarrassing display in the AFC Championship Game against Denver’s vaunted defense, shoring up the offensive line had to be New England’s No. 1 priority.

Cooper was drafted No. 7 overall in the 2013 draft by the Cardinals, but has struggled to live up to expectations. The nimble guard from North Carolina broke his leg in his third preseason game during his rookie season and hasn’t been the same since.

After missing the 2013 season altogether, Cooper tried left guard in 2014 but lost his starting spot. In 2015, the Cardinals moved him to right guard, but he once again failed to produce and was replaced mid-season. It was believed that Arizona planned to try him at center this offseason, but perhaps a change of scenery will be most beneficial to Cooper.

With both teams following one victory short of a Super Bowl 50 berth, this trade increases both teams’ chances of representing their respective conference in Super Bowl 51.