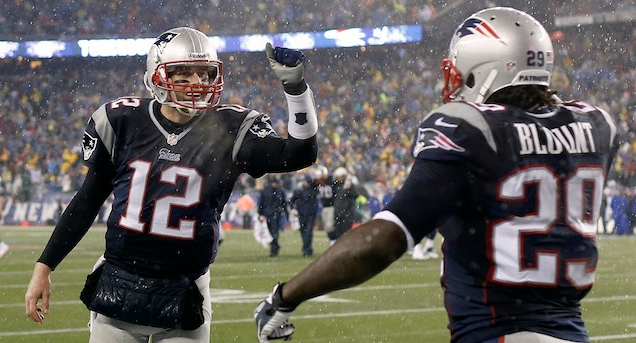 Coming off two consecutive losses, New England dismantled the Texans in Week 14 as they moved to 5-1 on the road in 2015. Unfortunately for Pats fans, they lost another key offensive player to injury. Running back LeGarrette Blount is officially out for the season after being placed on injured reserve, meaning the Patriots are once again left scrapping for replacements.

Unlike other positions on the team that have already been decimated by injuries, the Patriots have two quality players on their roster that seem capable of filling in for the injured Blount.

Fourth-year back Brandon Bolden tied a career-high with 16 carries once his teammate went down, gaining 51 yards in the process. He’s very capable of catching the ball as well, but James White already occupies that role. White, a second year pro out of Wisconsin, has scored in three of his last four games and has filled in admirably for scat back Dion Lewis.

The duo of Bolden and White isn’t as dynamic as Blount and Lewis, but is certainly capable of carrying New England’s rushing attack. There are no other healthy backs on the roster beyond these two, but Montee Ball has been added to the practice squad and Steven Jackson reportedly will be signed by Sunday.

RELATED: When Healthy, The New England Patriots Are Still The Team To Beat

Regardless of which running backs the Patriots sign, it all adds up to a greater reliance on Tom Brady to carry the offense. And based on how well the MVP candidate is playing, the Patriots should be just fine riding Brady the rest of the way.