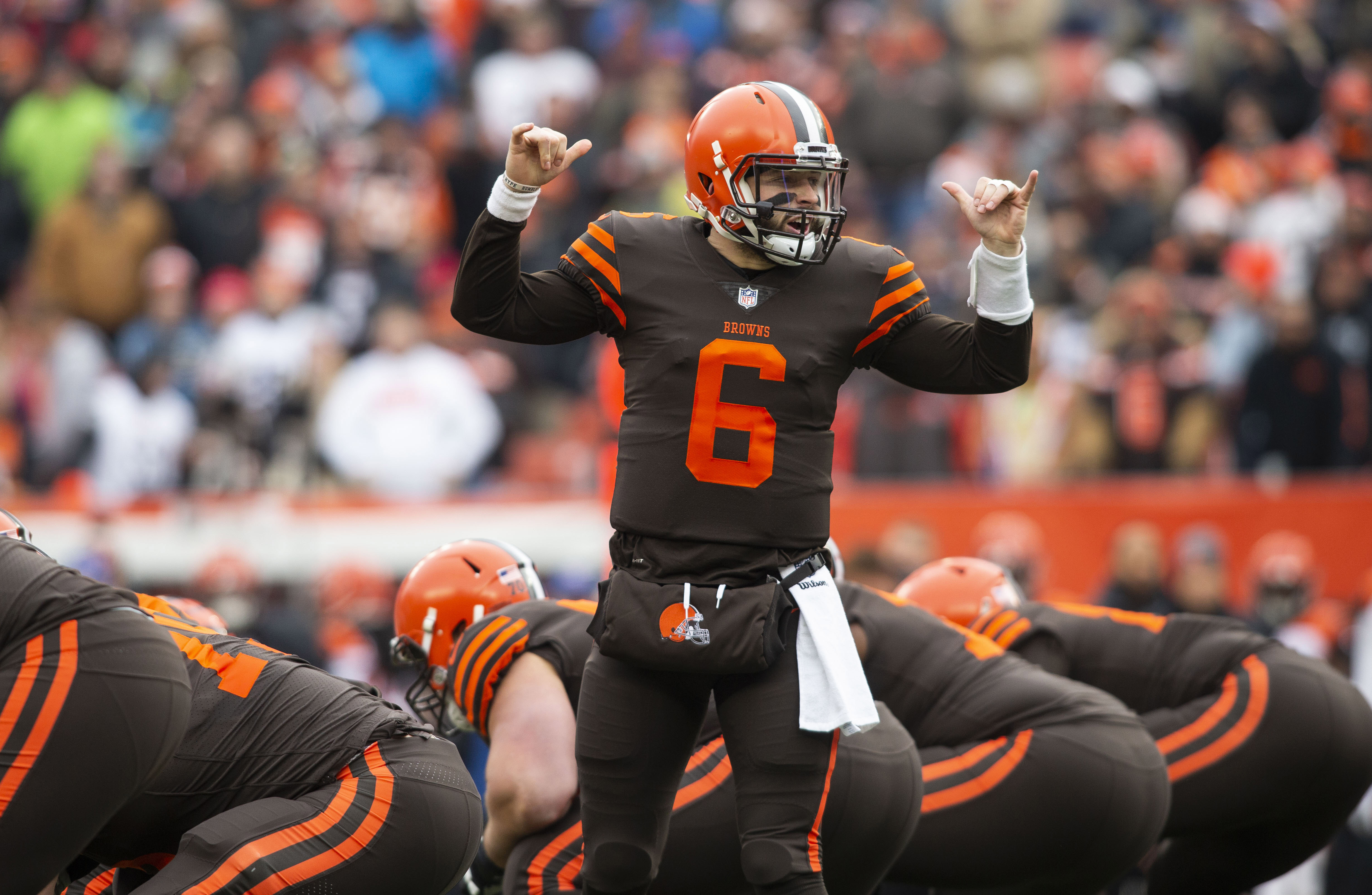 Dylan Fraychineaud— Patrick Mahomes: I know, Mahomes won MVP last year and it’s not a bold pick to go with him yet again. However, there hasn’t been a back-to-back MVP since Peyton Manning won in 2008 and 2009. Mahomes will be hard-pressed to match his numbers from 2018, but it would not surprise me to see Mahomes finish with 5,000 yards and 40-plus touchdowns yet again. Mahomes is well on his way to becoming a legend of the game.

Harris Ahmadzai — Deshaun Watson: The MVP trophy goes from one 2017 QB draftee to another. Watson went two spots after Mahomes in the draft, and it will pay dividends for both of their clubs. The Texans are in the pole position to win the AFC South following Andrew Luck’s surprise retirement. Houston made a concerted effort to bolster Watson’s surrounding pieces — adding left tackle Laremy Tunsil and speedy receiver Kenny Stills. The loss of Jadeveon Clowney will be tough to navigate, but it ensures the Texans will be in even more offensive shootouts this year. Expect big numbers from the third-year stud, and possibly the top-seed in the AFC.

Comeback Player of the Year

DF — Earl Thomas: When healthy, Thomas has perennially been one of the best defensive players in the league. Following a Pro Bowl year in 2017, Thomas began last season on fire. Up until the time he broke his leg, Thomas notched three interceptions and defended five passes in a little more than three games. The three-time All-Pro will be suiting up for the Ravens this year and should benefit from playing alongside a talented defense. Thomas may not be in his prime at this point, but he remains a difference-maker.

HA — Le’Veon Bell: Can you remember a time when Le’Veon Bell played football and wasn’t one of the league’s top backs? After a season of rest and relaxation, Bell will be ready to go as the Jets’ bell-cow. He’s one of the leagues deadliest pass-catchers out of the backfield, and coach Adam Gase will have fun using Bell in all sorts of different ways. He should be in line for another big year, and 1,800-plus all-purpose yards should do the trick to secure this award.

DF — Green Bay Packers: A season ago, an Aaron Rodgers-led team scored nearly 50 fewer points than the Chicago Bears. The Green Bay defense also allowed 117 more points than Chicago’s vaunted defense. As a result, Green Bay finished 6-9-1 and finished with its worst record since 2005. Entering 2019, the Packers defense looks significantly improved. Long an area of concern for the franchise during Rodgers’ era, a better defense could turn the Pack back into contenders. With the Bears and Vikings primed to contend as well, it won’t be an easy task. However, the combination of a motivated Rodgers and an improved defense will lead to a Wild Card berth.

HA — Cleveland Browns: It’s been the trendy pick all summer long, but there’s a reason why the city of Cleveland is salivating for the start of the NFL season. The Browns are stacked with All-Pro talent at nearly every level. Baker Mayfield was sensational after Freddie Kitchens took over, and the addition of all-world wideout Odell Beckham Jr. will open up the floodgates. Add-in potential Defensive Player of the Year candidate Myles Garrett and two up-and-coming stars in RB Nick Chubb and CB Denzel Ward, and you have all the makings of the first double-digit win season in over a decade for the Browns.

DF — Josh Allen: I am incredibly high on David Montgomery — Chicago’s running back — and very tepid on Arizona’s Kyler Murray. Though I can envision Montgomery performing ahead of the rest of the rookie class this season, I believe Josh Allen is going to flash the brightest. Allen is a speedster off the edge and has the chance to put up double-digit sacks in Year 1. Playing within a loaded defense in Jacksonville will only help Allen’s cause. If Jacksonville reclaims the AFC South crown, Allen may be a leading force.

HA — Miles Sanders: Kyler Murray will be fun, Josh Jacobs will put up numbers, Josh Allen will be frightening, but no rookie will be more vital than Miles Sanders. The Penn State running back is in the perfect situation on a deadly Philly offense. Once the Eagles realize Jordan Howard is simply a place-holder, Sanders’ explosiveness and pass-catching ability could completely turn the tide in the NFC playoff race. Other first-year players might put up better overall numbers, but Sanders will be contributing and making a difference when it counts the most.

DF — Chiefs vs. Rams: I’m in on Mahomes and I’m fully in on the Chiefs. KC, New England, Jacksonville and Pittsburgh will win their respective divisions — Cleveland and Los Angeles will claim the Wild Cards. The Chiefs will knock off Jacksonville in the AFC Championship Game. Over in the NFC, the Rams will surprise a lot of people by returning to the Super Bowl. Joining the Rams in the postseason will be fellow division winners Atlanta, Chicago and Philadelphia — Green Bay and Seattle as the Wild Card winners. The NFC Championship will pit the top-seeded Rams against the No. 5 seed Seahawks. After squeaking by the Seahawks in a nail-biter, the Rams will taste Super Bowl defeat for a second year in a row.

HA — Patriots vs. Saints:  The matchup that probably should have taken place last year, the NFL world finally gets Brady v. Brees and Belichick v. Payton in the Super Bowl. The Patriots have the simplest road to Miami given they play in the worst division in the weaker conference. A first-round bye means they have to win two games — and one at most on the road. New Orleans has a more difficult path in a crowded conference. I could see as many as eight teams winning the NFC Championship, but I’ll roll with the most accomplished QB-HC duo of the lot. After finally breaking through following back-to-back heart breakers in the postseason, the Saints win Super Bowl No. 2 in a classic nail-biter. 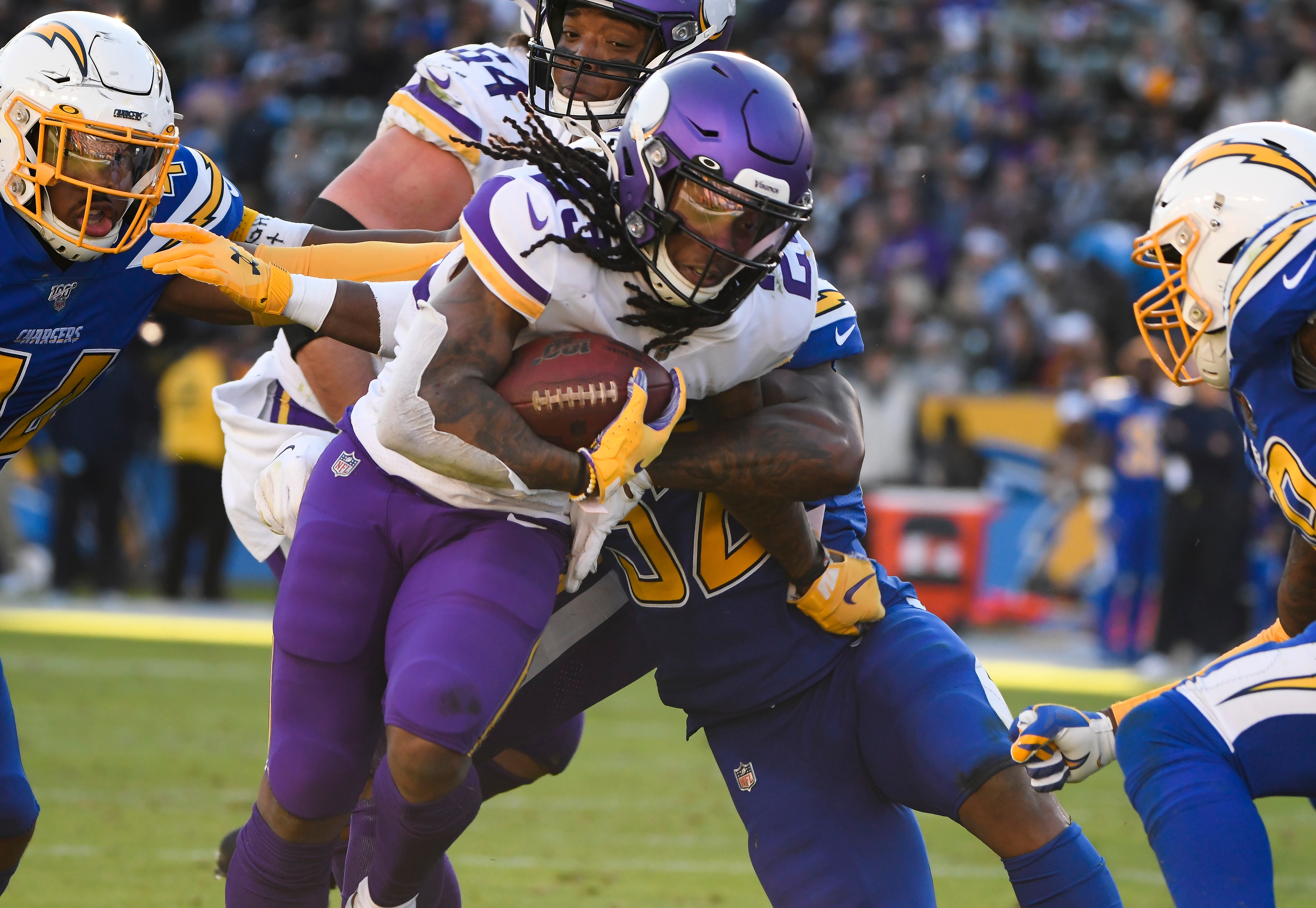