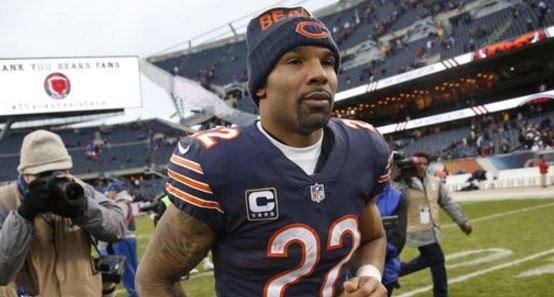 Matt Forte has never worn a New York Jets uniform, but that hasn’t stopped the former Chicago Bear from having a huge impact on his new squad. As the Jets continue to negotiate contract terms with last year’s starting quarterback Ryan Fitzpatrick, the 8-year veteran has been quite vocal in conveying Fitzpatrick’s importance.

Forte signed a three-year, $12 million contract this offseason with the Jets after spending his first eight years in Chicago. While he was honest in stating there was some hesitation about signing in New York with there being so much confusion at the quarterback position, he has remained hopeful that an agreement will be reached with Fitzpatrick.

“Based off last year’s production, and the way Brandon [Marshall] has talked about the chemistry he’s built with Ryan, I would expect and hope it would be him, just based off what they had last year,” Forte said. Fitzpatrick had a renaissance season in 2015, guiding the Jets to a 10-6 record while throwing for career highs in yards (3,905) and touchdowns (31).

Fitzpatrick quickly formed a strong on-field connection with wide receivers Brandon Marshall and Eric Decker, and the Jets are hoping the addition of Forte can make the passing attack even more dangerous. Forte echoed these sentiments, saying, “With me signing and everybody else being in place, it would be enticing for [Fitzpatrick] to come back and build off what they built last year.”

However, Fitzpatrick’s excellent season has left contract negotiations at a stalemate. Reports have surfaced that the Jets are offering money in the high-end back-up, low-end starting quarterback range, but Fitzpatrick is seeking much higher compensation.

And while the Jets have met with free agent quarterback Robert Griffin III as a possible alternative, it still seems that Fitzpatrick has the leverage. With key offensive playmakers lobbying to re-sign Fitzpatrick and zero postseason appearances for New York since 2010, the Jets would be wise to keep some continuity after last season’s 10-6 campaign.

With an elite defense and a strong offense, 2016 could be the year the Jets finally dethrone the New England Patriots in the AFC East.

That alone should convince the Jets to lock up Ryan Fitzpatrick before it’s too late.